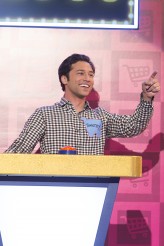 NO TOMORROW: Jesse Rath talks about the end – Exclusive Interview

The actor also discusses the cancellation of DEFIANCE 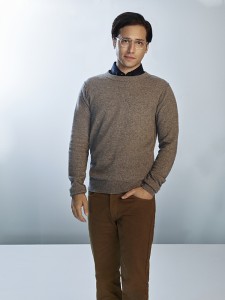 In The CW’s NO TOMORROW, which returns Tuesday, December 27, Jesse Rath plays Timothy. Timothy is a very good-hearted young man, who is devastated when his girlfriend Evie (Tori Anderson) takes up with the spontaneous Xavier (Joshua Sasse), who believes the world is about to be hit by a meteor. Timothy is friends with both, still adored by Evie’s family, and yet has trouble speaking up when he’s in public.

Rath, who also had an arc on the North American BEING HUMAN (which starred his actress sister Meaghan Rath), just wrapped up three seasons as Alak Tarr on Syfy’s DEFIANCE. As the only child of a powerful Castithan alien gangster couple, Alak had a lot of issues.

ASSIGNMENT X: Do you see any similarities between Alak and Timothy? Because Alak was trying to find his voice, and getting run over by everybody around him …

JESSE RATH: You know what? That is a good comparison, in the sense that Alak was trying to find his voice with these overpowering, larger than life parents. I guess in this case, with NO TOMORROW, Timothy is trying to overcome himself. He doesn’t have evil parents – or maybe he does, I don’t know – but it’s more like an internal struggle that he’s got with himself and finding his confidence in himself. Actually, it does have some similarities to DEFIANCE, except for the fact that I’m not painted white any more. Same amount of time in the makeup chair, just a different shade.

AX: Is it a relief not to have to deal with the white makeup and the contact lenses and the elaborate outfits?

RATH: It is and it isn’t. There was a solidarity about DEFIANCE, because more than half of us were aliens. It was fun going through the makeup every morning, with Tony Curran [who played Alak’s father Datak] – he’s crazy, and so it was a lot of fun going through all of that. And I like dressing up. But it is nice when you’re done with work, you can just get in the car and leave, and you don’t have to go through an hour process of taking off all the makeup again.

AX: Also, it seems like you’d be able to have a little more input into your costume on NO TOMORROW …

RATH: Yeah, that’s true [laughs]. Whereas in DEFIANCE, they would literally build the costume around me. I would stand there as they would be sewing it together.

AX: Well, it seems like you, as an actual twenty-first-century person, have a little more comprehension of contemporary styles than you would of Castithan fashion …

RATH: That’s correct. But now I feel like I’m almost an expert on both [laughs].

AX: Are there episodes where Timothy is going to be able to sing? It seems like it would be somewhere logical to go with a character who has trouble speaking …

RATH: They did that with Tori in the pilot, but yeah, it does kind of fit in with me. And then we have Josh, who’s a great singer, because he came from GALAVANT, and you can just ask my shower, I’m a great singer.

AX: Can you say how lovelorn Timothy is going forward, and how much is he getting his own independent plotline?

RATH: Right. In the pilot, he gave this speech where he said he has to move on, and he’s not going to be there as a back-up plan, and I think that was him trying to protect himself. In reality, he does really want to be with Evie, and I really don’t know where it’s going to go, but I would like to see him gain some confidence and some peace with not being with that girl. Maybe there’s another girl. Or who knows?

AX: How did you feel about the way DEFIANCE wrapped up, and the way it wrapped up for Alak?

RATH: It’s bittersweet, because I really loved that show, and we all had such a great time working on it. And I had a bunch of theories on what Season 4 would look like potentially.

AX: What are they?

RATH: Okay, ready? Who knows what will happen to this property in the future, twenty years from now, when we all decide to go back to it and shoot more? So I could be ruining everything right now. But I don’t know, maybe Nolan goes so far deep in space that he goes back in time, and he comes back to Earth, but it’s in the past, and his ship crash-lands on Earth, and it’s like, whatever happened, happened. It’s like they’re the reason why the Arks fell and the war ensued because of Nolan going back in time.

AX: It’s like ESCAPE FROM THE PLANET OF THE APES, where traveling to the past creates the future …

RATH: Exactly. That whole thing I think would be really cool. I don’t think Alak figures into any of my theories. I think he just lives happily ever after in the future with Irisa and Luke and the new half-Irathi/half-Castithan baby. But that show was something really special to me. And I loved the finale. I thought it was great, I thought it was beautiful. I shed a tear with that Bear McCreary song that came on at the end as Nolan just goes off into deep space. I really liked it. Bittersweet.

AX: Julie Benz, who played Amanda Rosewater on DEFIANCE, was saying that the company thought her character died, so they gave her a gift, and then when Amanda didn’t die after all, she wanted to know if she had to give the gift back …

RATH: Yeah, it’s funny, because initially, she had died in that episode, and we shot it. I guess something we had been doing as a cast, every time one of us would die, we would all pitch in and give them a nice little going-away gift, and so yeah, we had all pitched in and got Julie – I don’t know what it was, I think it was a purse or something like that, and then she didn’t die and just got a free purse out of it [laughs]. I don’t want to get anyone in trouble, but some people were like, “I want my purse back.” But it was all in good fun.

RATH: These are both networks that I’m a huge fan of. Before working on Syfy, I was a huge Syfy fan. And it’s the same thing with The CW. Before I met with them for this role, I had literally only been watching CW shows, so I was fully prepared to be on this network and although our show has nothing to do with superheroes or anything of that sort, my fingers are still crossed, and I have been pitching to [NO TOMORROW creator/executive producer] Corinne [Brinkerhoff] and [executive producer/writer] Maggie [Friedman] basically that the end of the world happens, but [fellow CW character] the Flash comes and saves us all. And I, Timothy, somehow get superpowers and become Batman. Something like that [laughs].

RATH: I’m currently on a popular Canadian series called 19-2. It takes place in Montreal, and it’s about Montreal policemen. I was also on CODE BLACK for a second, and that was fun.

AX: And what would you most like people to know about NO TOMORROW?

RATH: That it’s an uplifting, feel-good show, and if you watch it, you’ll feel good about life and yourself.