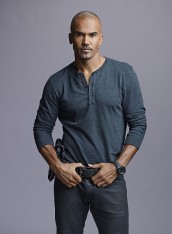 The actor chats about playing Derek Morgan for 11 seasons, plus his new film THE BOUNCE BACK 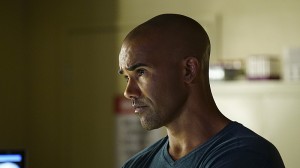 CRIMINAL MINDS, the CBS procedural dealing with the FBI’s Behavioral Analysis Unit, is now in its eleventh season on Wednesday nights (a spin-off, CRIMINAL MINDS: BEYOND BORDERS, launches in March).

Although several cast members have departed and been replaced through the seasons, Shemar Moore has been there since the beginning as FBI Special Agent Derek Morgan. Moore, originally from Oakland, California, was a series regular on THE YOUNG AND THE RESTLESS and BIRDS OF PREY and co-starred in the films DIARY OF A MAD BLACK WOMAN and THE BROTHERS.

ASSIGNMENT X: Did you imagine when you started that CRIMINAL MINDS would keep going after a decade?

SHEMAR MOORE: No. When I shot the pilot, I said, “This show’s not going to get picked up.” Not because I didn’t think it was good, but I didn’t know what it was, I just knew it was another cop show and I was like, “There’s a hundred and two cop shows, why do they need a hundred and three?” And then we got picked up. I was like, “Great, I’ve got a job.” I was happy to be an actor with a job. And then in Season 1, all of a sudden, we started to find our legs and find our own identity, and then by Season 2 and especially 3, I will never say that we’re the best show on television, or better than another show, but I will probably say that I believe that as far as network television goes, we are a very unique show.

And it’s proven to be – the fans have come year after year, they’re loyal, and not many people. I was just talking to Matt LeBlanc [of FRIENDS], and I told him, the running joke but truth is, not many people, not many actors, can say they’ve been on a top show for [eleven] years. So maybe we have to talk to the cast of FRIENDS, the cast of LAW & ORDER, SEINFELD, and that’s a small group. Now, I’m not comparing us to those shows, but our similarity is, we’re still here, and that’s a feat in itself, and I’m so proud to be a part of that. Because it’s changed my life, it’s enhanced my career, and it’s a notch on the belt.

And we have fans worldwide that allow us, force us and challenge us to bring a noise, episode after episode. I don’t know the exact number [of episodes – the January 13 episode is Number 243], but when we got to a hundred, I was like, “We did pretty good. Is this the beginning of the end?” And then we got to two hundred, and now we’re still going. So who knew? And I’m proud of it.

AX: Derek got to have a bit of a personal life there at the end of Season 9/start of Season 10 …

MOORE: Derek was finally getting laid, is that what you’re trying to say? [laughs] Here’s what I like about that situation. For me as an actor, and really respecting and appreciating what they’ve done with my character, they’ve given me colors as they’ve done with the rest of the cast through the seasons. In the early days, I said very adamantly to the writers and producers, “I don’t just want to be the tough guy who kicks down doors. As fun as that is, because it’s very fun to carry a gun and shoot the bad guys and beat them up and chase them through fire escapes and jump over cars and run into burning buildings and run out, I don’t just want to be the brawn. I want to have levels and layers.” And so they gave me layers by giving me a secret about my past, a mentor who had done wrong by me, the whole molestation storyline [childhood experiences that still affect Derek as an adult] they gave me.

What I like about my character is, he comes off very alpha male and tough, like he could take anybody on, but he has vulnerabilities and he has weaknesses and he has charm. He’s a man’s man, he’s a real guy and the biggest compliment I get in the street, so to speak, is not, “Oh, I love your show” or “You’re my favorite character,” it’s, “I identify with your character and I love to watch your work.” That’s a compliment. So now adding my love interest – I make jokes, “Yeah, Derek’s getting laid, okay, cool.” I also make jokes that my character is the most sexually deprived in television, because [it happens so seldom].

AX: Possibly the most defined and explored relationship between the CRIMINAL MINDS regular characters is the one between Derek and the team’s Internet/computer expert Penelope Garcia, who’s played by Kirsten Vangsness …

MOORE: It’s unique. That’s the charm of the show, that’s my Baby Girl. And I’m her Brown Sugar/Chocolate Thunder/whatever Kirsten Vangsness comes up with. But that’s been fun. I got a clothing line out of it, that’s kind of fun, for a shameless plug, but it raises money for MS, so that’s why I’m proud of that.

AX: You have a clothing line?

But on the show, it’s a very dark show, we deal with some dark stories and characters, so it’s a breath of fresh air, again, as I was saying, for my character to have layers. I don’t just want to be a badass chasing bad guys, I want to also be a person. And so just to have that color of charm that I get to do with Kirsten Vangsness and love and loyalty and have each other’s back – we’re a family, and so it’s nice that the show allows all these colors, and we don’t just scare you and freak you out and send you to bed. We want to tell you human stories.

AX: Your CRIMINAL MINDS cast mates Matthew Gray Gubler and Thomas Gibson have both directed episodes. Do you want to direct?

MOORE: I like to produce. I am a huge fan of producing. You know who I admire and I respect and I was chasing him when he was in underwear on the side of a bus in Calvin Klein, and now, twenty years later, I’m not chasing him, but I’m following his lead, is Mark Wahlberg. Mark Wahlberg is a wonderful actor, and he’s also made quite a career out of producing. And I’ve just produced my first movie. It’s a romantic comedy called THE BOUNCE BACK. It’s a love story. I executive-produced it, I paid for it, I costarred in it with Nadine Velazquez, who’s a beautiful Latina actress from FLIGHT with Denzel [Washington], she was also in MY NAME IS EARL, Bill Bellamy, who is just a buddy of mine, we did a movie over ten years ago called THE BROTHERS, there’s a sequel – we have plans for a sequel coming up in a year or two.

I may direct one day, but I know that I need to learn the technical side. I know that producing is something I gravitate to very easily. It’s attention to detail. I like creating stories, I can envision characters, all of that. So that’s really my forte. I won’t just produce for myself. I will continue to produce for myself, but I will always produce for just content that I believe in. So that’s going to be the next phase of my career.

MOORE: CRIMINAL MINDS has me stuck for ten months, but it’s a great place to be stuck. Baby Girl clothing line, SFM Couture clothing line in Canada is in the works, Home Shopping Network [has taken] on Baby Girl, so Baby Girl is expanding, but as far as acting, it’s CRIMINAL MINDS and THE BOUNCE BACK, look for that.