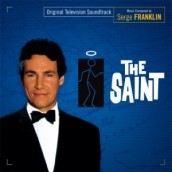 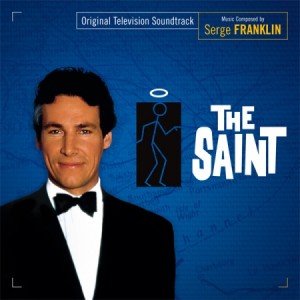 The do-gooding bon vivant Simon Templar has been reincarnated in radio, television and film, as played by George Sanders, Roger Moore and Val Kilmer. However, his grooviest halo is heard by Music Box’s positively heavenly 3-CD release of the jazz-disco heroics that accompanied Simon Dutton over a series of TV movies in 1989. But listening to the swaggering saxes, punchy brass and romantically lush strings of Serge Franklin, you’d think you were back in 1981 spy dancing with Moore to the glitterball action of Bill Conti’s FOR YOUR EYES ONLY (if not doing the Euro-nightclub twist on the moon to Derek Wadsworth’s stylings for the second season of SPACE: 1999). Just as Conti most certainly hipped up 007 for the Winter Olympics, Franklin goes for a heroically cool approach for this Bond-like hero, who’s has all of the Euro jet set accompaniments without the burden of Her Majesty’s Secret Service. It’s a fun attitude that’s every bit about capturing the pop vibe of the moment as Edwin Astley did back in Roger Moore swinging 60 heyday.

With his repertoire mainly in the French cinema and TV with the likes of HOLD-UPS, DANGER PASSION and EUROCOPS, Franklin got his English-language shot with this SAINT revival (as well as his sumptuous work on a TALE OF TWO CITIES miniseries – also on Music Box). Blessed with a memorably jazzy theme (complete with Saint creator Leslie Charteris’ angelic end vibes) that’s arguably the best to grace the character, Franklin scored the four SAINT TV movies (three of which are head in this set) with his Templar motif always in mind, giving a terrific thematic drive that unifies their adventures. Locales are accented from the samba rhythms of THE BRAZILIAN CONNECTION to the accordion and chorus of France’s THE BLUE DULAC with silken strings, rocking guitars and stealth electronics creating a confidently calculated aura of suspense for Templar as he undoes schemes of child napping, jewel thievery and killer corporate takeovers. It’s crafty, brassily punchy stuff, composed with an overaching melodic finesse that makes even the kitschiest riffs hugely enjoyable. Had Moore indeed stayed spying to Conti, Franklin’s SAINT  soundtracks are likely the Bond scores we would’ve gotten through that decade, now served up for this slam-bang collection that hits the disco-era spy jazz floor with international aplomb, complete with Gergely Hublai’s liner notes giving a terrific summation of THE SAINT‘s long history.

Click on the link to buy THE SAINT soundtrack