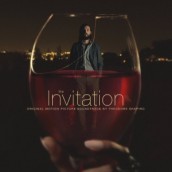 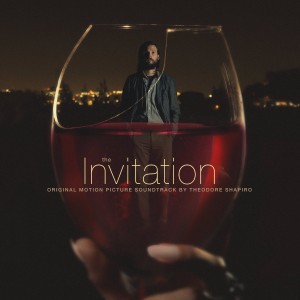 A truly versatile composer when not superbly cranking out comedy scores like SPY, ZOOLANDER 2 and the forthcoming GHOSTBUSTERS reboot, Theodore Shapiro has shown an inventive affinity for typewriter-clicking drama with TRUMBO and creepily ethereal horror when ogling JENNIFER’S BODY. But it’s with THE INVITATION that Shapiro proves like never before just how unfunny he can be upon entering a suicide cult’s dinner party, as staged by JENNIFER director Karyn Kusma.

Given a bloody desert as served by hosts straight out Heaven’s Gate, Shapiro’s weapon of choice is a single, overdubbed violin to further ratchet the tension. Where string playing of this sort is usually used to dissonant effect in horror scoring, Shapiro’s handling of the violin is both cautionary and intoxicating, much in the weirdly blissful way of a cultist swallowing the evil Kool Aid, then realizing the awfulness they’ve ingested, Turning slowly-drawn unease into outright paranoia, Shapiro joins with ghostly vocals, and the deceptively strumming hippie-esque songs “Baby You’re Gone” and “O My Child,” written by Craig Wedren (another comedy vet also showing ghastly talents way beyond WET HOT AMERICAN SUMMER). Surprisingly thematic in weird structure and interesting in its bubbling, glisteningly hypnotic dread, this grandly unsettling “Invitation” neatly skirts the realm between accessible melody and Ligeti-like experimentation, inexorably building to its final, horrifying course where spare, tonal mayhem breaks out. Not since Thomas Newman took on THE RAPTURE with blaring horns and piano percussion has the build to the cult-endorsed apocalypse (if a far more intimate one) been so unsettling, or uniquely interesting as when Shapiro puts on the red light. It’s an INVITATION that the brave of art-horror music heart will want to accept.

Click on the link to buy THE INVITATION soundtrack