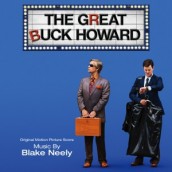 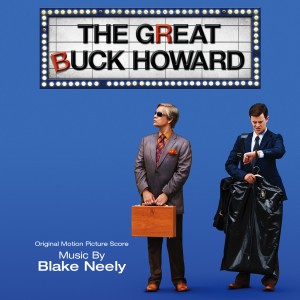 Before he became the go-to TV superhero scorer for DC with the likes of ARROW, THE FLASH and SUPERGIRL, Blake Neely was spending much of his scoring time during the first decade of the new millennium in the company of sweet romantic dramas like FIRST DAUGHTER, THE WEDDING DATE and STARTER FOR 10. One of his most delightful scores before he put on his cape was playing the amazing, jazzy mentalist tricks of 2008’s THE GREAT BUCK HOWARD. Director Sean McGinly based John Malkovich’s rage-prone mental illusionist on his own stint with The Amazing Kreskin, putting himself in the personage of Colin Hanks’ personal assistant who does his best to handle an outsized personality.

While Buck might be on the decline in the sticks, Neely takes a fun, finger-snapping, brassy approach that sympathetically says “has been” with music that dances between nightclub kitsch and sweet empathy. Caught between an ego that still thinks it’s swinging and the wry, innocent humor of a harangued kid trying to look on the bright side, BUCK impresses with energetic, lounge-lizard montages to a lushly thematic orchestral music. Percussive suspense becomes a magic act that seems like it might go south, yet is always pulled out of the musical mind hat. Played in a jazzy way that’s more old-school TONIGHT SHOW than with-it OCEANS 11, BUCK brims over with sympathetic themes that capture the spell of a showman that just might indeed have true powers. A movie and music that deserve discovery, La La Land gives recognition to Neely’s little, sparkling gem of score that continues to brashly enchant.

Click on the link to buy THE GREAT BUCK HOWARD soundtrack