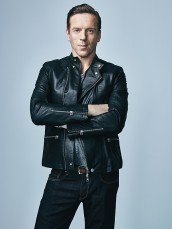 The actor talks his reunion with Showtime network 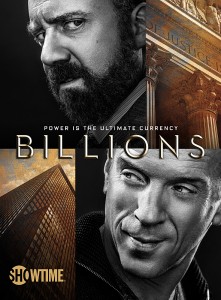 In Showtime Network’s new drama BILLIONS, premiering Sunday, January 17 (the first episode is available for sampling on multiple platforms for free the weekend of January 15-17), Damian Lewis stars as Bobby Axelrod. Bobby, an up-from-the-working-class Wall Street hedge fund billionaire, is the king of his company. However, U.S. Attorney Chuck Rhoades, is making it his mission in life to take Bobby down.

The London-born Lewis is no stranger to Showtime, having spent three seasons on HOMELAND as deeply conflicted, captured U.S. Marine-turned-terrorist-turned double agent Nicholas Brody, a role that earned him a Lead Actor Emmy Award. Since then, Lewis has played Henry VIII in the BBC/PBS WOLF HALL, which gleaned another Emmy nomination.

During a question-and-answer session for BILLIONS at Showtime’s portion of the Television Critics Association press tour, Lewis agrees, to an extent, with a comparison made between King Henry and Bobby.

“I think the king analogy might be apt,” Lewis says, “but I think they come from different places. I think what [BILLIONS co-creator] Brian [Koppelman] was saying is so important as well. I think to find any sort of general representation of an idea or a moral viewpoint in either Paul’s character Chuck Rhoades or my character is only going to end up being misleading for people. I think what’s going to be interesting about this story is specifically this story. So who will Bobby Axelrod turn out to be, and what is he prepared to do to retain power? I think the same argument will apply to Chuck Rhoades, and you’ll see powerful men – kings, if you will – struggling to retain power within their kingdoms, maybe exert power over other kingdoms.

“But the defining difference between Bobby and Henry VIII is that Henry VIII was born into quite a lot of power. He was to the manor born, and Bobby is a blue-collar guy who, if you like, is nouveau riche, is new money and, I think, likes by a code of honor, a set of street rules, a little bit more akin with blue-collar communities where loyalty is fiercely protected and people are dispatched with ruthlessly if they don’t adhere to that code.”

As for his research into the Wall Street elite, Lewis relates, “I’ve spoken to a lot of these guys. They’re fascinating. They tend to be – the ones I’ve spoken to, anyway – risk-averse. They’re scientific. They’re analytical. Risk-averse, scientific, and analytical might not be the best ingredients for an explosive TV series. So I think we’ll see Bobby enjoying his power, his wealth, at times. But as the [writers] very cleverly dropped in in the first episode, ‘At what cost?’ Because you don’t always want to put your head above the turret, especially if you’re being hunted at that point by this fellow here,” he indicates panel-mate Giamatti, “who has a vice-like bite.”

Later that evening, Lewis is catching up with HOMELAND co-creator Alex Gansa, but makes time to answer a few more BILLIONS queries.

ASSIGNMENT X: Were you and Showtime looking to work together again?

DAMIAN LEWIS: No, it was a big surprise for everybody.

AX: Were you looking to play someone like Bobby Axelrod, and is this something new for you?

LEWIS: No to all of the above. My stock answer – you’re looking for good writing, you look for a story well-told and a story that is of interest or has resonance. HOMELAND is a very difficult act to follow – I’m standing here with Alex – it is a very, very difficult act to follow. And the sort of thing that you don’t think about is as an actor, but people around you are always reminding you of is [uses American accent], “Oh, my God, Damian, you have to follow up with the right thing, you have to make sure it’s the right thing after HOMELAND.” [back to normal voice] That’s all perception, perception, perception. You don’t think about those things as an actor, you just think about doing the next thing that interests you. And the truth is, I read about twelve months’ worth of scripts and I got sent BILLIONS and, again, much like HOMELAND, it is so obviously the best piece of writing I’ve read in that twelve months that I was seduced back into doing series TV. And I’m very happy to be there. But it was not my intention, no. But now I’m doing it, I’m delighted I’m doing it, because it’s rewarding, stimulating, satisfying, creatively energizing, et cetera, et cetera.

AX: And how’s Paul Giamatti as a scene partner?

LEWIS: Well, much the same thing again. When I came on HOMELAND, both Claire [Danes] and Mandy [Patinkin] were cast, and I knew the track record of these guys [HOMELAND creators Gansa and Howard Gordon] with 24, and you just start adding up the pieces. It’s always a leap of faith, joining a TV show, because you don’t know that they can sustain the writing. There’s no indication that that will be true. On HOMELAND, thankfully, they did. So you go by indicators. My indicators were Claire and Mandy, and in this case, there was Paul, and Brian [Koppelman and his BILLIONS co-creators] and David [Levien] and Andrew [Ross Sorkin], who, again, like these guys had a track record. So you add it all up and you cross your fingers and you say, “Well, if they can maintain the quality of writing, then everything’s going to be okay.” And so far, they have.