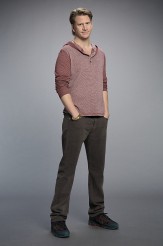 The actor talks what's new with Bunchy this season 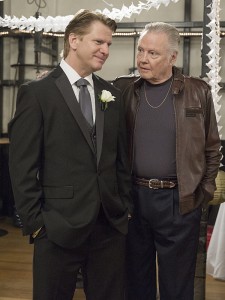 In Season 3 of Showtime’s drama RAY DONOVAN, Sundays at 9 PM, things may finally be looking up for Dash Mihok’s character Brendan “Bunchy” Donovan. The youngest brother of professional fixer Ray (Liev Schreiber), Bunchy has spent most of his life as what he calls “a sexual anorexic,” so traumatized by childhood sexual abuse that he could barely function, much less get a girlfriend.

This year, Bunchy has had awakenings on several fronts, to the point that he may be getting married – if events don’t conspire to keep him from getting to the church on time.

Mihok (pronounced MY-hock), originally from New York, has an extensive career in film and television, with credits that include SLEEPERS, ROMEO + JULIET, THE PERFECT STORM, KISS KISS BANG BANG, SILVER LININGS PLAYBOOK and an arc on Season 1 of GOTHAM. He takes time for a chat about Bunchy’s current situation.

ASSIGNMENT X: What is going on with Bunchy this season?

DASH MIHOK: I think Bunchy is finally evolving in a way that I hope that the viewers were looking forward to. I know me, personally, as an actor, I’m excited – he’s such a rich character, but there needed to be something more to do, and he had to mature in a way that we hadn’t seen in the other two seasons.

MIHOK: I think it’s definitely the emotional problems. The character is not an intellectual, but he is street smart and wise in a lot of other ways that we’re going to get to learn. I don’t think he went to college, but he’s wiser than people might think.

AX: Well, he certainly seems to be the kindest member of the Donovan family …

MIHOK: He’s definitely the heart – I think that they all have heart, but he’s the most empathetic towards people in general. I think he sees the love in people before he sees the fear or the wrongness, even though a lot of dark stuff has happened to him.

AX: Did you have to learn anything in order to play Bunchy, like how to be a boxer or repair a bicycle or …?

MIHOK: Boxing, definitely, but the first two seasons, I didn’t really do much of that. I repaired a bicycle kind of on the spot. What I really had to learn to do was to listen to the character and the possibilities of the depths that he could go to.

AX: Do you have a favorite episode or scene that we’ve seen so far?

MIHOK: I think [Episode 305, “Handshake Deal”] was pretty fun. Bunchy discovered some new things about himself. I think this whole plotline with the female wrestler is opening up some avenues within his brain that he didn’t know he was feeling sexually. He can’t be this sexual anorexic forever, and after [Episode 302, “Ding”], having an experience, I think that opened the window to his brain realizing that he can be open to other things and not closed off to sex and to what the soul of him really enjoys.

MIHOK: I do. I have a movie coming out called BEFORE I WAKE, directed by Mike Flanagan, with Tom Jane. It’s not a horror movie – it’s a thriller, it’s a childhood nightmare, and I have another movie called QUEST, and I’m working on a really interesting film right now [SO B. IT] with Alfre Woodard and Cloris Leachman and Jacinda Barrett and this really amazing young actress named Talitha Bateman, who I would tell everybody to watch out for, because she’s something else.

AX: And what would you most like people to know about RAY DONOVAN right now?

MIHOK: I would just like people to keep watching, because we appreciate it – it seems like the fan base is growing and that the more people reach their friends and say, “You should watch this show,” [the more] that they get excited and enjoy it.

This interview was conducted at a party thrown by CBS, Showtime and The CW networks for the summer Television Critics Association press tour at the Pacific Design Center in West Hollywood, California.