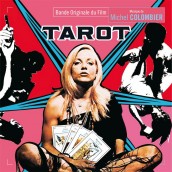 Michel Colombier's retro sex scores are all about elegant sexuality

One of France’s most overlooked imports to Hollywood might be the late Michel Colombier, whose pop sensibilities particularly rocked the 80s with the funky synths of PURPLE RAIN, THE MONEY PIT‘s jazzy comedy and AGAINST ALL ODD‘s sensual Latin exotica – easily one of the era’s sexiest, and literally heavy breathing scores. But Colombier was just as lustful in the 70s even after stroking the ego of Hollywood’s biggest evil computer for COLOSSUS: THE FORBIN PROJECT a carnal talent that Music Box reminds us of in the release of 1975s LES ONZE MILLE VERGES (aka THE 11,000 SEXES or the most obviously straight-up American title of BISEXUAL).

Yet when you listen to just how beautiful this period score is, the results are way more in the elegantly libidinous tone of DANGEROUS LIAISONS than smutty sex music – even perhaps ecclesiastical given just how well Colombier recreates classical music from its gossamer strings, genteel waltzes to heavenly choral pieces, all the better to accompany the aristocratic debauchery of this adaptation of the pornographic poem of Polish-cum-French playwright Guillaume Apollinaire (aka Jan Kostrowicki). If anything, Colombier’s work is the height of symphonically melodic romance, and particularly clever in its Swingles Singers-like use of voice samba rhythms, only really tipping its lascivious hat in a full-on, cowbell ringing, horn-honking and whistle-blowing striptease.

Way more mod is the album’s accompany score of TAROT, which had LOLITA‘s post-nymphet Sue Lyons out for some Spanish gold digging. Colombier gets to put his songwriting talent to a catchily intoxicating use, at first performed by Nanette Workman with a Burt Bacharach-Roberta Flack catchiness. Colombier than proceeds to vary both the song, and its instrumental versions in ways that are always in the mood, much like its villainess. “Tarot” particularly impresses in a cool-kitsch suspense way with percolating, weirdly crying, siren-like synth psychedelia, gothic organs, guitar grinding and hammering pianos, his supernatural chicanery prefiguring such captivatingly surreal American scores as IMPULSE, COP and NEW JACK CITY. But if you were just expecting 70s “Eurosleaze” mysterioso from TAROT, Colombier surprises by bringing in a strong, sinister orchestral component to spell out lovers plotting against s seemingly helpless bewitched target. But then, what can you say about a score that has a groovy rock cue called “Doggie Style?” Though they might be completely disparate in their musical styles at inspiring humor and weird depravity, what ties both BISEXUAL and TAROT show is Colombier’s cleverness at hearing sex as pleasure and punishment, a musical double feature where the cards are definitely in the listener’s favor at re-discovering this wonderful French composer’s more outré efforts. Plus, male readers will certainly enjoy the racy pictures onhand in a booklet that competes with Quartet Records habit of making liner notes the next best thing to Playboy Magazine – except you actually do read them for the articles.

Click on the link to Purchase the BISEXUAL / TAROT soundtrack