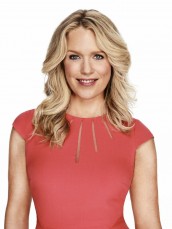 The creator/star talks her and Lennon Parham's new USA comedy 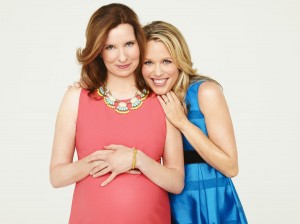 Parham and St. Clair created PLAYING HOUSE together; earlier, they had created and starred in BEST FRIENDS FOREVER at USA’s sister network NBC. St. Clair, who just had a recurring role on VEEP and was in BRIDESMAIDS, is real-life best friends with colleague Parham. Following an NBC/Universal-sponsored Q&A for PLAYING HOUSE, St. Clair takes time to talk further about playing creator, producer and star.

ASSIGNMENT X: How did you and Lennon Parham come up with the concept? I mean, did you decide, “We need to make a TV show, what should it be?” or did you say, “We’re good friends, wouldn’t it be funny if we had this dialogue exchange, let’s turn it into a TV show”?

JESSICA ST. CLAIR: Well, you know, we have always wanted to explore female friendship and do it kind of in a realistic way, so we kind of were thinking to ourselves, “We’d love to do childhood best friends,” because that’s really a special relationship. They were there when your relationship formed. They are the only ones who can tell you, “Hey, you’re not leading the life you’re meant to lead, or “Let me encourage you to be more of yourself,” and then, I don’t know why, I said, “Lennon, this is so stupid, but what if we raised the baby together?” and she was like, “That’s the greatest idea ever” [laughs]. So we called it TWO LADIES AND A BABY to ourselves as a joke. And then when we started thinking about it, there were all these things that hadn’t been explored about what it would be like for two friends to raise a baby together.

Lennon and I met at the [comedy troupe] Upright Citizens Brigade performing about ten, eleven years ago, and then we decided to pitch a show [BEST FRIENDS FOREVER] together. We pitched it to NBC, they bought it, and we were on midseason like two years ago. And that was just like, to get a show on the air at all is like, we were in Heaven. So we got the band back together.

We had such a good time doing that that when that show ended, we were like, “We have to try and do this again.” And we still wanted to explore best friends and that relationship, that kind of – some people have called us “friendsbians” – we’re so close we might as well be [laughs]. Our husbands are over it. So we thought, how can we take that even further? And that was, if your best friend was in a situation where they needed your help with a baby and you could help them, you would do it. That is how much women show up for each other.

After BFF, we shopped BFF around to see if anyone wanted to buy it, andUSA was very interested in buying it, but they said, “You know what? What we’d actually prefer is if you guys did something new for us, but kept your voices intact.” And so they gave us a blind script deal. We could come to them with any – they’re like nothing I’ve ever experienced. They are very supportive of artists. If anything, their notes are, “We would love to see more of your voice in it.” And we’re like, “What?” It’s almost like we’re on a prank show sometimes – we think it’s all going to fall apart [laughs]. 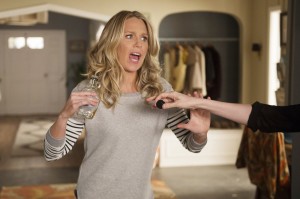 AX: USA is not known for particularly risqué fare, but in the pilot, there are some very grown-up Internet scenes when we see what Maggie’s husband Bruce is watching on the Internet. Did the network have any qualms about that?

ST. CLAIR: You know what was amazing was, they were completely on board. As long as it’s funny and not gross for gross’ sake, they are a hundred percent on board. And we don’t do any kind of gross-out shock humor or any of that, and it’s almost like in BRIDESMAIDS, that scene – I was actually in that scene where they all threw up on each other – that was my bridal salon, unfortunately – but that scene had a purpose in the plot, it wasn’t just a random scene. So any time we do anything dirty, let’s say, it has a reason.

AX: How did that sequence, with the video accidentally being shown on the downstairs TV, come about?

ST. CLAIR: It was actually – we read a Newser story that was about a couple – the [wife’s parents were] there and they were watching TINKER, TAILOR, SOLDIER, SPY in the living room – the husband went upstairs to watch a video of the husband and wife, having sex, and then the Apple TV crossed wires and it was broadcast in front of her parents. We checked it out. It can happen. So all of you out there, you be careful [laughs].

AX: There are a couple of scenes where your character Emma speaks Mandarin. Was that easy or difficult for you?

ST. CLAIR: Oh, my God. Well, you know what was amazing is, in the scene in the plot where I speak to the Chinese businessmen, they all were so cute in teaching me how to speak, but it literally took me three hours to learn one sentence. And still they had to stop and it would be like, “What you said makes no sense” [laughs]. Because some of the words are so similar, so a couple times I made some sentences that actually did not string together.

AX: Can you talk a little bit about Sandy Martin as Maggie’s mother-in-law Mary Pat? Is she going to be back?

ST. CLAIR: Oh, my God. Sandy Martin is going to be back and she has a fabulous scene where we discover that Bruce, Lennon’s ex-husband, is living in a storage unit, our storage locker, and so I have to beg Mary Pat to let him back in, and she is hardnosed and the entire time, she’s focused on her microwave dinner, and she literally is one of the funniest – she’ll do anything. And she’s a great improviser, too.

AX: In the “Bird Bones” episode, we see Emma and Maggie being a little on the “mean girls” side. Is any of that based on either of your real high school experiences?

ST. CLAIR: Well, Lennon and I were not childhood best friends, although we could have been. In our adult life, we have been known to give a nickname or two, a secret nickname. There was a receptionist we once called Clam Chowder, because she had a smile that went from ear to ear [laughs]. But it’s always just to ourselves. We kind of did a what if that was to be revealed to somebody, that would not necessarily be the most nice thing we’ve ever done. But yeah, I think we’ve all had those moments in high school where we weren’t as nice as we could have been, and we regret it the rest of our lives and we always want a chance to say, “I’m sorry.” But pretty much, we were kind of nerds. Probably somebody made a name up about me.

AX: You were actually pregnant when PLAYING HOUSE began pre-production …

ST. CLAIR: I always say that I wrote the baby into existence, but [Parham] disagrees. And then I randomly got pregnant – I mean, we had something to do with it, my husband [Dan O’Brien] and I –and so we were worried that it would maybe delay the schedule, butUSA is a very family-oriented place, and so when I told the president, Jeff Wachtel, that I was pregnant, he literally cried. He was like, “This is the most wonderful thing” and “Don’t you worry about it.” Because cable isn’t on a [broadcast network] schedule, we could delay it, and so it actually worked out perfectly, because I was in the writers’ room and then I had the baby and I took two months and then I came back to work.