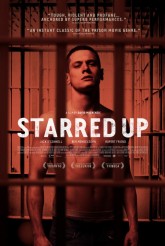 Exclusive Interview: STARRED UP director David MacKenzie puts himself in the slammer 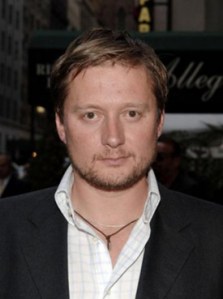 But MacKenzie’s gallery of sometimes angry young men has never been more violently enraged than the misnamed Eric Love in STARRED UP. Thrown into prison alongside longtime resident Neville (THE DARK KNIGHT’s Ben Mendelsohn) who just happens to be his father, Eric navigates a world of suffocating brutality and repression from both inmate and guard. Greased up and ready to lay waste to all around him, Eric rebels with equal fury against the shards of humanity shown to him through therapy sessions, especially the very tough love of Neville. Featuring an incredible performance by O’Connell (soon to be made Hollywood famous as a far nicer Olympian soldier fighting for survival in Angelina Jolie’s film UNBROKEN), STARRED UP has the kind of fist-in-the face grit and believability that makes it on the slammer par with such prison movie standard bearers as BAD BOYS and BRONSON, a level of realism that seems more unleashed than directed to MacKenzie’s credit.

ASSIGNMENTX: What makes STARRED UP particularly powerful is that it hits you as more of a documentary than a fictional movie. How did you achieve that level of realism?

DAVID MacKENZIE: That was my intention from the beginning. The script made me want to go for a real sense of authenticity in the world that was being described. It was also important to get a real location that would allow me to shoot the movie sequentially, without have to do any geographical cheating. It’s the power of the architecture that consciously helps the audience go on this journey. To do that, I start the film in black, with just the noises. Then I have some little tight shots, which gives you the feeling of being in this little enclosed box that you’re in as you’re traveling into the jail. And once you get into it, you never leave it. In fact, I don’t think there’s an establishing shot in the film. You’re always in that world. I didn’t want our director of photography Michael McDonough to set up any frames, because I wanted the actors to dictate the shots. We weren’t trying to make something cinematically beautiful. Yet that jail was quite cinematic, with the visual power of the doors, the corridors, the windows, and the bars. The action was going to dictate itself in those confines, where the actors wouldn’t be concerned about “hitting” their marks. So it was reacting to their performances that helped give us a slight documentary feel.

AX:  What was the casting process like, especially in how you ended up with ending up with Jack O’Connell in the lead?

MacKENZIE: It’s a question that a lot of people ask me, because obviously Jack delivers an amazing performance. Finding Jack and the rest of the actors was done through a very conventional casting process, auditioning people and working with the casting director, to find what we wanted. The casting director Shaheen Baig introduced me to Jack among a lot of the other young British male actors. I just thought that Jack was the right guy for the gig. He was obviously interested in that character, and could identify with him. He wanted to be as brave as possible in his portrayal. It was a kind of pure process for him I suppose.

AX: There’s a real sense of danger to this film, where you feel that anything can happen in a way that even goes beyond the movie. Were you ever really worried about someone getting hurt on the shoot? Or was it under much more control then what you imagine you’re seeing on the screen?

MacKENZIE: There’s no real danger. We’re responsible filmmakers, so any of the kind of stunts or violent things are definitely choreographed and controlled. But it was very important to me that the whole thing never felt like it was choreographed, and the realism of the stunts fits in with the realism with the rest of the film. Where a director might get bored during the last stages of the post-production process, I was still on the edge of my seat. It’s partly because of the fact that you know that it’s a hostile environment, and you know that something can wrong at any point. It’s this intangible sort of ticking bomb tension that runs through the film and drives the narrative. So yeah, it hopefully feels dangerous, but I can assure you that it wasn’t. It’s fictional, and no one got hurt. 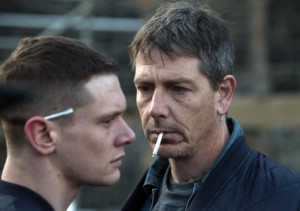 Jack O'Connell and Ben Mendelsohn in STARRED UP | ©2014 Tribeca Films

AX: Did you have any favorite prison films that inspired you?

MacKENZIE: Yeah, my big one was of a French film called “A Man Escaped,” which is a very detailed film that’s set in the Second World War. The character actually escapes, although you never see that happening in the movie. The director Robert Bresson showed what you could achieve with a very limited palette that shows the simple rhythms of daily prison life. It was this sort of great intensity and visual purity that was what I wanted to go for. I watched that movie three days before we started shooting STARRED UP because I wanted that flavor to be a part of this movie.

AX: I can only imagine what the research process was like and how far the actors took it to really get this level of believability.

MacKENZIE: The biggest thing that we could do for that was to put the actors into the powerful atmosphere of a real former jail, surrounded by people who had experience with it. That’s what we did and it does show in the pores of the movie. I’m also pleased that the response from people who know the system itself in the U.K. regard the film as being an honest portrayal, so I’m very happy about that.

AX: It actually takes quite a while for me to actually realize that Eric and Neville are father and son. Is that plot point something that you wanted to sneak up on the audience?

MacKENZIE: It’s interesting, because one of the big discussions early on in the process was to how we were going to make that. I wanted it to be sort of an accumulation. I didn’t want it to that obvious. It’s ever kind of directly nailed until quite a long way into the movie.

AX: With such an incredibly diverse array of subjects that’ve ranged from an LA pool boy gigolo in SPREAD to a rock concert in TONIGHT YOU’RE MINE and a murder mystery in YOUNG ADAM, do you see a trajectory as to which movies you take on?

MacKENZIE: I think there is a though line that connects my sensibility to these subjects, and it’s that I’m trying to connect characters through their humanity. I am very privileged to be alive to have made eight movies so far. The fun for me is not making the same film twice. It’s always about going on the journey of discovery each time, which includes the method of making these movies so that the process isn’t boring process. In some ways filmmaking is slow. There are things that get in the way of the creativity. It’s a big machine that you have to kind of work with, so trying to keep your work alive within it is what I’m interested in doing, to get projects that will allow that to happen.

AX: What do you think it’s going to take for young me like Eric not to end up in these jails in the first place?

MacKENZIE: Whoa, that’s a really hard question, because there’s a whole world pushing them in there, so there’s no easy answer. But I do think that we have to change the way we run a society that pushes them in there. They need better parenting, education and equality. And there’s also massive political question on how to we can make the world better. 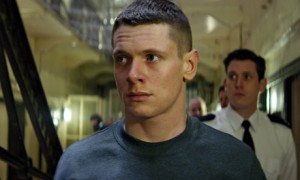 AX: In the end, do you think there’s a social commentary to STARRED UP?

MacKENZIE: I rather hope that the film doesn’t have this sort of conclusive social comment. I hope that it shines a light on the way that people live in that dehumanizing prison world, and allows some tendrils of humanity to come out of the tough things that are going on, even though the people in it have obviously done bad things. STARRED UP is not a judgmental film. It’s trying hard not to be. So I would hate to think of it as being having a sort of one-line message.

STARRED UP is now in theaters and on iTunes HERE

Thanks to Alexander Portillo for his interview transcription