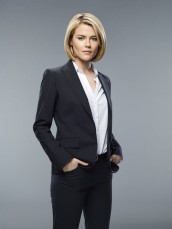 The actress talks playing a grownup and working with Gillian Anderson 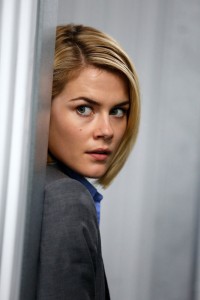 In NBC’s CRISIS, Sundays at 10 PM, a group of terrorists has kidnapped a bus full of teenagers who happen to belong to some of the most important families on Earth – the children of the wealthy, the influential and even the U.S. President.

The F.B.I. and the Secret Service are both trying to rescue the children before something terrible happens. One of the Federal agents on the case is Susie Dunn, played by Rachael Taylor. It’s believed that Susie is the aunt of one of the kidnap victims, Amber Fitch (Halston Sage). In fact, Susie is Amber’s mother, but this is a secret known only to Susie and Amber’s adoptive mother who also happens to be Susie’s sister, famed and powerful industrialist Meg Fitch, played by Gillian Anderson.

Taylor, a native of Tasmania, Australia, had a recurring role on GREY’S ANATOMY and then leads in ABC’s CHARLIE’S ANGELS reboot and 666 PARK AVENUE, along with a number of feature film parts.

Speaking after a Q&A panel NBC holds for CRISIS and the Television Critics Association, Taylor says she’s getting to do things as Susie Dunn that she hasn’t previously done as an actress.

ASSIGNMENT X: What specifically does the role let you do that you haven’t done before?

RACHAEL TAYLOR: I’ve played a girl up until this point, really. I think I’m moving into the next chapter of my career as a working actor. I see that I’m playing a grown woman now, and it’s really neat. And it’s complicated – I don’t think I really feel in my heart like a young girl or an ingénue in terms of acting, at least, any more. So I really welcome now being a woman in my thirties. It’s like I’m catching up to my actual age and I’m starting to be cast as a grown woman now. Which I think is better for me, because I’m a reasonably serious person in some respects. I’m kind of earnest, so I feel like this opportunity for me – [CRISIS creator/executive producer]Rand [Ravich] and [executive producer] Far [Shariat] really are the first people who are like, “Okay, sure, you can play a grown woman. You can play a grownup.”

AX: How is it playing opposite Gillian Anderson?

TAYLOR: Well, I’m kind of star-struck on a daily basis, mostly because she is a good human and she is an incredibly elegant and intelligent actress. Because her show [THE X-FILES] obviously was so iconic and I was a huge fan, which is crazy – huge, huge X-FILES fan – people forget that really the reason why it’s iconic is, she’s very, very good and her work is incredibly nuanced. And she gives a hundred and ten percent on her off-cameras [when she is feeding lines to the on-camera performers].

AX: Have you had to learn anything to play the role, like how to handle a gun?

TAYLOR: Yeah. That stuff has required my hard work, because I do not have a natural aptitude for things athletic. But it’s been neat, and I remember when I did a TV show a little while back, I was doing some weaponry on that, I felt insincere with it. I felt phony with it. As most people authentically are, really, we don’t like the idea of weapons being in our community. Whether they are or not, they’re not nice things to pick up. I have found a certain respect for them, having played this part, and I have learned a great deal about proper handling, and I’ve learned from the bottom up, rather than just doing it for TV’s sake, which is cool.

AX: Would you say this is an action role?

TAYLOR: It’s not, really. What I like about it is, you’ll never see me doing something impressive or cool. It’s really just more of a scramble. She’s more of an agent that’s from the library to the field. She’s just been thrust in this because of her personal connection to one of the kidnapping victims, that she is doing things that she would not normally do. But I never look cool in it. Which I think is awesome. And one of the things I like most about this show is that I feel like, this is cable-style quality. Because we do take risks. I don’t know how it is the network lets us get away with the things that we get away with, but it’s awesome and I’m incredibly impressed by it. So I’m never just set up to have the wind blow through my hair and then I draw the gun and get a perfect shot. It’s more of a mess, almost like English crime television, and that’s what I use as an inspiration for me, things like CRACKER and PRIME SUSPECT. Because it was gritty and messy; it wasn’t cute. There wasn’t like a light flare magically going through your hair, although in the clip, actually, the lighting is obviously beautiful, because it’s filmed by [pilot director] Philip Noyce, who knows how to make things look good. But I like that we’re favoring realism over just cool action for the sake of it.

Here’s what this show isn’t, or here’s what my character isn’t. It’s not like, “I love my job and my baby.” It’s not this picture-perfect idea of femininity that I can get a little – not exactly frustrated, but sometimes I look at it and I’m like, “Oh, I’m supposed to be an F.B.I. agent, I’m supposed to wake up and curl my hair, and it’s supposed to be long, but I still really want a family.” That is not this character and that is not this show. As a matter of fact,Rand has been like, “Why are you crying in this scene? Don’t do that. Your character doesn’t do that. She cannot process her emotions. She’s mean and she’s tough and she’s broken. Don’t give me the TV version of this.” And that’s what I meant when I nervously said to this entire room that I haven’t played a part like this before, because there are certain parameters around how girls are supposed to be on TV. And Susie Dunn doesn’t fit in to that. It’s weird – she’s not like pining necessarily after this picture-perfect idea of her child. She’s very disconnected and cold and hasn’t processed it, and it’s all very convoluted and messy.