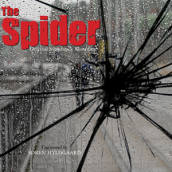 As the soundtrack label that’s taken up the torch for golden age score releases, one can see the blazing “Nordic Noir” light that attracted Kritzerland to release a soundtrack that’s practically unknown to American ears – and one that should be placed their promptly. For in composer Soren Hyldgaard’s music for this 2000 Danish TV miniseries about Copenhagen clawing its way out of the physical, and moral wreckage of WW2, one thrillingly hears the era’s blazingly melodic Hollywood scoring of Miklos Rozsa and Bernard Herrmann (as well as latter day masters like Jerry Goldsmith and John Barry,) as taken to a stylistically familiar land of black market skullduggery and outright murder. You can’t imagine someone getting away with the crime of scoring a movie like this in Hollywood today, which is what makes Hyldgaard’s score particularly thrilling in its skillfully bombastic playing by the City of Prague Philharmonic Orchestra. Yet as colorful as the composer’s memorable themes are, the tone is pure black and white in conjuring a sense of trench-coated romantic darkness and outright fatalism, with romantically lush strings and tender piano creating a marvelously melodic web, with the very subtle use of the cimbalom helping to also evoke a THIRD MAN spirit of to THE SPIDER‘s postwar suspense, whose reporter-hero’s headlines symphonically shout from the rhythmic presses with music that could have been straight out of some 40s montage.

But then again, when you hear familiar percussion and a woozy trumpet, you’d swear that you were on the streets of Chinatown as opposed to Copenhagen. Or perhaps it’s the swaggering brass that makes one feel like a secret agent avoiding spies on the wrong side of the Berlin Wall. At 79 minutes of this hypnotic throwback silk, THE SPIDER is an old-school blast, and a major unmasking of a composer who definitely deserves some major play in the current viper’s den of LA after his English language indie scores for RED and THE STRANGER WITHIN. THE SPIDER is a score so full of smoke-filled orchestral atmosphere that you half expect it to be attached to a Maltese Falcon, as made in Denmark.

Click on the link to Purchase THE SPIDER soundtrack