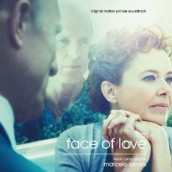 Marcelo Zarvos gets an intriguing, updated case of vertigo

With a real talent for playing intimate orchestral emotion, Marcelo Zarvos is making a name for himself when it comes to psychological dramas from THE BEAVER to THE WORDS and even the sweetly pokey scoring for ENOUGH SAID (now out as a Varese limited edition). It’s a feeling for the mysterious nature of human relationships that gets a Hitchcockian treatment as Annette Benning’s widow suffers a non-lethal case of vertigo after becoming enamored with a dead ringer for her husband.

Going for the kind of richly emphatic, strongly theme-driven emotion that other composer’s might fear to tread in, Zarvos captures the desire, and distraughtness of a romantically bereft woman with his orchestra before settling on long, subtly suspenseful passages for strings and harp as she becomes wrapped up with Ed Harris’ unsuspecting double. As the music luxuriously spies about with soft, steady percussion, it’s hard not to flash back to Jimmy Stewart following a now red-haired Kim Novak through the streets of San Francisco in Zarvos’ effective homage to Bernard Herrmann on a nicer day. But as opposed to an operatic kissing sequence between obsessed and obsessee, Zarvos’ always-intriguing, and very listenable score keeps the music on a believably dramatic level, with a poignant, musical humanity that once again impresses.

Click on the link to Purchase the FACE OF LOVE soundtrack

Breaking News: Season 2 of HUMAN TARGET will not end on a cliffhanger
TV Review: DANCING WITH THE STARS – Season 20 – Week 1 - Ten years and...
REBEL IN THE RYE: Danny Strong on his directorial debut - Exclusive In...
THE AMERICANS: Costa Ronin on the sixth and final season- Exclusive In...