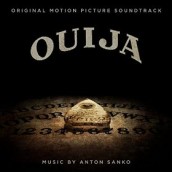 Anton Sanko taps the other side for stylish musical fear 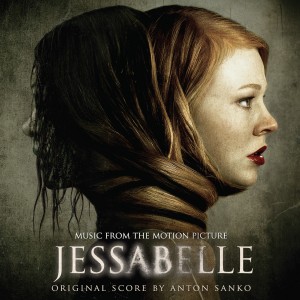 Anton Sanko has certainly come a long way in scoring horror films since the days of “Strangeland,” employing the off-kilter vibe of such dramatic indie scores as SCOTLAND, PA., LIFE IN FLIGHT and RABBIT HOLE to the far weirder likes of LAST WINTER and an episode a piece for FEAR ITSELF and MASTERS OF HORROR. In the process, Sanko has impressed by evolving from cool, sampled quirk to fully commanding darkly emotional orchestral forces for THE POSSESSION and THE DEVIL’S HAND, a talent that only becomes more uncannily formidable with the ghostly assaults of OUIJA and JESSABELLE.

While the first spirit-talking board might now be property of Parker Brothers, Sanko uses its letters to channel the very accommodating ghost of Jerry Goldsmith with cunningly sinister string and piano-driven themes that could easily belong to the lethal seductress of BASIC INSTINCT as opposed to an undead bad seed. While the requisite crash-bang fake-out shocks are present by horror score requirement, Sanko mostly goes for a mood of mesmerizing restraint that helps give OUIJA a maturity and intelligence uncommon for most good-looking teen multiplex fright flicks, using bubbling synths, clawing, metallic samples and eerie voices under an otherwise sleek and intimate orchestra to convey something very bad trying to rip its way out from the other side. It’s music that’s actually scary in its melodic deliberateness, the score’s intensity building nicely to the point where Sanko can let loose with throbbing percussion and a full, darkly angelic chorus for the movie’s decent pay-off, music that truly earns OUIJA‘s climactic, toy store available possesion its stripes.

No less melodically chilling, but far more terrifyingly in one’s face is the spiritual assault that befalls JESSABELLE (available November 4th on La La Land Records), wherein a woman recovers from a disabling crash to find something far worse lying in wait for her visions in the bayou. Here it’s the hungry demon of THE GIFT‘s Christopher Young that Sanko summons to stalks about a southern voodoo setting, as conveyed through through achingly drawn fiddle, strumming dulcimer percussion, bells and an ominously forelorn theme, with weirdly echoing atmospheres and reversed sound design creating a supernatural acid trip. As JESSABELLE‘s heroine literally goes off the deep end, Sanko only increases the black magic hysteria with sing-song voices that soon melt into tribal drumming, pulsating electroncs and shamanistic screaming of Sussan Deyhim, a vocalist who gives Diamanda Galas a run for gutteral insanity. It’s an inventive, paranoia-inducing assault on the senses that makes Rosemary Woodhouse’s devilish musical pregnancy a cake walk with when compared to the child-bereft JESSABELLE‘s submersion into black musical magic. It’s just a measure of how powerfully Sanko can convey the supernatural with elegance, or cruelty as he continues to weave some of the genre’s most creepily effective work from music that began in the underground.