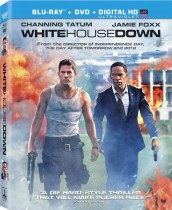 WHITE HOUSE DOWN Highlights this week in Blu-ray, DVD and VOD Releases 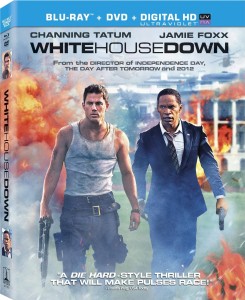 WHITE HOUSE DOWN – I could have sworn I just watched this movie not too long ago. You know, a story about an attack on the White House and all of the highly trained guards and Secret Service can’t kill one person but one super bad ass dude is able to take out every single person. Oh yeah, I did see this but it was called OLYMPUS HAS FALLEN. Is there room enough for two films that pretty much have the same plot to co-exist in the same year? Definitely! This is the case where both films are actually both well done, feature loads of cool kick ass action sequences and violence and star a whole slew of name-brand actors that we enjoy watching in a flick. WHITE HOUSE DOWN stars Channing Tatum as a government security for the Speaker of the House but he longs to be a member of the Secret Service. When he goes for an interview with his daughter, the White House is attacked and he must not only save the president (played decently by Jamie Fox) but save his daughter as well.

Yes, the plot is not overly complicated. Yes the realism here is off the charts batsh** crazy. Yes, the daughter is extremely annoying and some of the acting is high school level bad. But the movie is fun, loads of action and some good humor and really that’s why we want to see movies. Eat popcorn, be entertained. Regardless of how dumb it is or frivolous, it works. Check it out on Blu-ray because you get additional bonus features and a digital copy plus everything is better in high def! 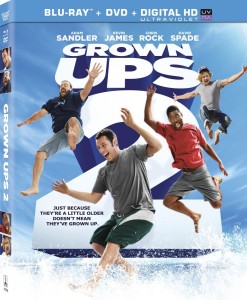 GROWN UPS 2 – I’m not a huge Adam Sandler fan but at times he can be as funny and enjoyable as any comedian in movies given the right material and the cast that surrounds him. That’s what worked the most about the original GROWN UPS. It wasn’t so much about Sandler – even if he is the lead – but more about his friends, their wives and children around him. GROWN UPS 2 also works because there is more here than just Sandler being Sandler, but because David Spade is enjoyable, Chris Rock is hilarious and Kevin James does a great job of poking fun at himself at every turn. The plot follows much the same as the first in that these friends are looking to grab hold of anything that rekindles their youth despite having jobs and children that negate that. They get into a tussle with local frat boys and it carries over into a 80s flashback party where they come calling and an all-out donnybrook takes place that is one for the ages. Yes, it’s silly. Yes, it’s pointless. But it is good fun and the families portrayed here have good values and care for one another deeply, which is a refreshing change. Obviously, Sandler haters will want to avoid but if you want a good laugh at people being silly, this is an excellent choice. 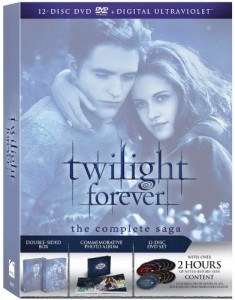 TWILIGHT FOREVER: THE COMPLETE SAGA BOX SET – I’m not a fan of this series. I think I’ve made that quite clear over the years. That said, I can’t let my own personal bias get in the way of what appears to be a really awesome deal for any fans of the series and just in time for the biggest holiday of the year. TWILIGHT FOREVER naturally features all of the movies from the series that has so many fans and made so much money, so if you have been holding out on buying any of the films in the hopes they would put out a sweet box set with all of them, your pigheaded stubbornness has paid off in spades my friend. It is offered in either DVD or Blu-ray (get the high def people) the set includes TWILIGHT, ECLIPSE and the two part BREAKING DAWN. The other cool thing here is that they have included all the legacy special features from the previous editions but they also have put together two full hours of new extras including new behind-the-scenes moments, a look at the fans of the series and highlights of Edward and Jacob. In all, there is 12 hours of additional material in addition to the films. A virtual cornucopia of excellent stuff for any fan and a great gift for the holidays. 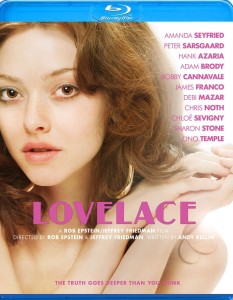 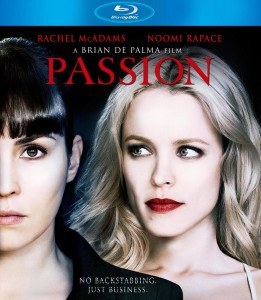 PASSION – The art of the thriller is something that has been lost in current Hollywood. A decade ago, the thriller was one of the most popular genres with a slew of films being churned out with a variety of popular stars getting down and dirty on film. PASSION is an attempt to re-create that thriller feeling with a host of twists and turns that hopefully you don’t see coming. It has some major star power as well. Noomi Repace and Rachel McAdams star as two advertising executives that have a fierce competition that escalates after one takes credit for a popular campaign over the next. After some humiliation, things go from competition to murder and an elaborate plot is detailed as to who did and why. But is there more to it than what is supposedly in black and white? Yes, and that’s where the obligatory twist comes into play. While it falls apart at the end with some twisted drug-induced imagery, not a bad stab at the classic genre that is few and far between these days. 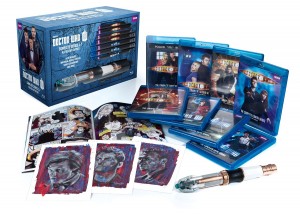 DOCTOR WHO: COMPLETE SERIES 1-7 LIMITED EDITION GIFT SET – How cool is this? An awesome collection of the modern day DOCTOR WHO series in one sweet box with some cool goodies that any fan will be itching to have. The set contains all of the show’s first 7 seasons all on Blu-ray with season 1 through 4 being the first time offered in Blu-ray. The other seasons were already offered on Blu-ray but they are also included here. As is the complete specials that usually involve some sort of transition from one Doctor to the next. So if you are a fan of the show and want all of the Christopher Eccleston, David Tennet, Matt Smith, Billie Piper, Freema Agyeman, Catherine Tate, Karen Gillan, Arthur Darvill and Jenna-Louise Coleman you can muster – this is the set for you or perhaps that WHO fan that you know that you need to buy a present for. Oh yeah, there is also an additional two hours of bonus special features that are new to anyone included here as well. Pretty much everything you want from the modern DOCTOR WHO in one fell swoop.