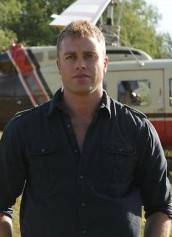 A good beginning to a hybrid reality/horror scripted series 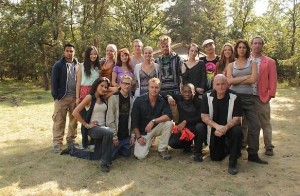 I am a self-confessed reality show junkie. I am also a fan of horror, science fiction and action films and television. So naturally, I was über excited about the whole idea of SIBERIA.

The show is a blend of reality show backdrop with a twist that there is something sinister going on that is not part of the show. There is no reality here as they are all actors (which you could argue is the same cast as reality shows but bygones) and obviously it is a scripted show but there hasn’t been a lot of these type of shows on TV that capitalize on the reality show invasion (granted, it has been done numerous times in horror films).

From the beginning had you not known the premise of this show, you would think it was exactly like any number of reality shows that have aired and currently air on network and cable TV today right down to the opening showing each of the “contestants” doing things in the wilderness. In fact, through half of the opening “Pilot” episode it appeared as a reality show with confessionals and backstabbing and people getting eliminated and more.

It also has the stereotypical “contestants” including the stuffy model, the jerk countryboy, the nerd, the shy girl, the hot Columbian, the hot goth chick, the pretty boy environmentalist, the sports jock, the quiet loner and many more.

I’ve read some hilarious comments from people on the Internet and on Twitter about how they feel duped into believing this was a serious reality show and not a scripted TV series and I can definitely see how they could be fooled considering two-thirds of the “Pilot” episode looked and felt exactly like a reality show (with the exception that some of the canned responses were just a little too canned).

But it all changes when a very LOST-ish noise begins to come from the woods. It was an unnatural growl or beast sound that had all of the “contestants” running for shelter. Then things start to get weird when they find a mutated frog, they find a weird shack that’s heavily locked and a “cameraman” comes back injured from something mysterious.

The last scene shows Tommy, the environmentalist, and the injured cameraman running from, well, something because they don’t show it. But we hear from the “host” that Tommy has died from an accident.

So begins the scripted part of the show and based on the “Pilot” it could be quite a bit of a fun show if it doesn’t deluge into the too silly.