Home » THE WORLD’S END Highlights this week in Blu-ray, DVD and VOD Releases 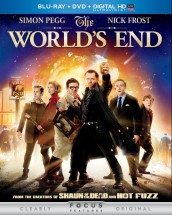 THE WORLD’S END Highlights this week in Blu-ray, DVD and VOD Releases 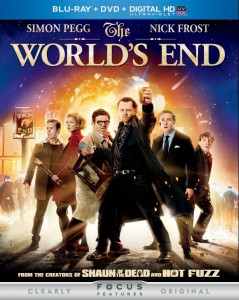 THE WORLD’S END – Simon Pegg and Nick Frost reunite with Edgar Wright (of course, they previously teamed up for SHAUN OF THE DEAD and HOT FUZZ) for a third film of drunken debauchery, killer alien robots and lots of zany craziness in THE WORLD’S END. In their young adulthood, five friends attempted the ultimate pub crawl – 12 pubs in one night. They failed after getting into a wild fight, getting thrown out and just losing interest. For one, that night haunts his world even 20 years later. So he gathers his friends together for one more night to take the ultimate challenge once again. The only problem? The town has been taken over by killer robots bent on changing the world to meet some sort of galactic intervention. While this is definitely the weakest of the trilogy in terms of laughs and overall plot, it has its moments of hilarity and the special effects are pretty good with ghostly light coming from these townspeople turned robots 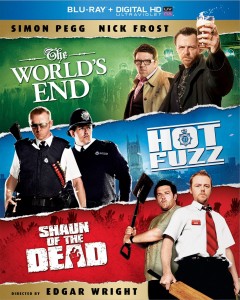 With so many special effects here given the amount of crazy blue lights and robots, this is best seen in high definition even if much of the film involves the actors drinking a pint or running from location to location. The other cool thing that they are offering is a trilogy pack with THE WORLD’S END, HOT FUZZ and SHAUN OF THE DEAD all in one triple disc package that includes the Blu-ray versions as well as a digital copy. That is way cool because the latter two have not been available with a digital copy before so that’s incentive and if you haven’t gotten any of these films yet, this is a perfect time to get as this is supposedly the last film they are doing. 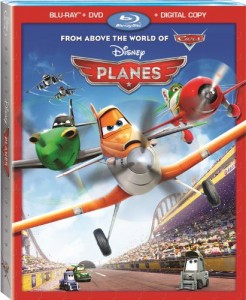 PLANES – It’s hard to go wrong with animated films that come from Pixar. But PLANES does not have the appeal or the lasting ability I think that CARS has had over the years. Set in the same universe as CARS, PLANES obviously tells the story of flying vehicles, some of which long to be more than what they have been all their life. It is a nice, simple story of Dusty, a crop duster that wants to be an air racer. The problem is that he isn’t built to be a high speed vehicle and must be upgraded in order to compete against the high flyers in the ultimate test of speed. Luckily, Dusty has courage and will and sometimes that is more than enough to make up for what he lacks in speed. The problem is that the film is way too serious, it lacks the silly factor that many other Pixar films have and while that can be good, this is a movie built for kids, and that means a serious type movie isn’t going to be that well received by the target audience. Plus, there is no central town that serves almost as a needed character to break up some of the drawn out sequences. Still, kids will enjoy it and it is worth renting for sure especially if your children really like CARS. 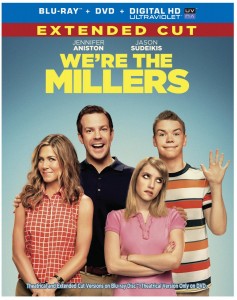 WE’RE THE MILLERS – While as implausible WE’RE THE MILLERS may be, it is a lot of fun for a comedy about a middle-aged drug dealer that loses his stash and money, so his dick of a kingpin boss makes him take a trip to Mexico and smuggle a RV-load of pot across the border. So David (Jason Sudeikis) gathers his stripper neighbor (Jennifer Aniston), a homeless girl off the street (Emma Roberts) and his apartment landlord’s son to pose as a fake family in order to seamlessly get across the border. But when his drug kingpin boss stabs in the back, he ends up taking drugs that he wasn’t supposed to leading to some hilarious confrontations. There is a lot of things in WE’RE THE MILLERS that is fun. Sedeikis is great in the role and Aniston shows a side of her that we haven’t seen in a long time – which is good for an actress that has slummed in bad romantic comedies for God knows how long. The other thing that is enjoyable is that the film is fairly original in a lot of the ideas that are presented here. Definitely worth checking out if you like comedy that is at times slapstick and at other times straight forward. 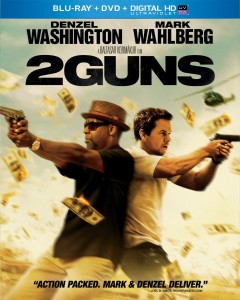 2 GUNS – This is a pretty fun movie with a collection of actors all vying to outdo one another on the asshole scale. A DEA agent (Denzel Washington) and a navy officer (Mark Wahlberg) team up without knowing each other’s background to take down a drug dealer. The first step is to rob a bank but they end up taking more than they originally thought was in the bank. Bad idea as it turns out the money was from the CIA. This leads to many confrontations with numerous bad guys on numerous levels of the government and there’s still those pesky Mexican drug lords out there causing problems. There is plenty to like here: Wahlberg and Washington play off each other very well, there is a load of action and the plot never really gets too complicated for its own good. Plus, it is just a fun movie despite knowing what direction it is headed. 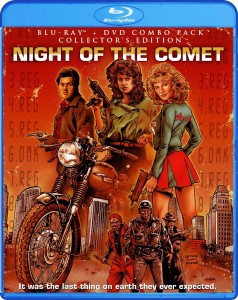 NIGHT OF THE COMET: COLLECTOR’S EDITION – There are some movies you just watched a lot when you were growing up, mainly because whatever pay TV service your folks had ran it over and over again. For me, NIGHT OF THE COMET was one of those movies. It was campy fun yet still had a pretty interesting story involving a strange comet that turns most of the world’s population to dust. Only a handful of humans remain and something else came out of the comet that turns other humans into mutants with a tasty for flesh. While on the surface that seems like a straight-laced horror flick, but it is anything but. Filled with camp, one-liners and a variety of slapstick situations, it plays as if the events that happened are more of an annoyance rather than life or death. All the while, we get a sense of the new world that exists and the dangers that continue to face our heroines – played by the über hot Catherine Mary Stewart and Kelli Maroney. Oh, and this is the first time it is offered in high definition using the latest transferring techniques. Scream Factory does it again! 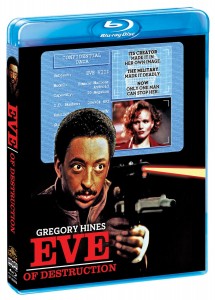 EVE OF DESTRUCTION – Another Scream Factory production, this one featuring that tap dancing hot shot cop with an awesome aim Gregory Hines. Yes, Gregory Hines is the protagonist of this very 80s action flick about a chick scientist that makes a military android in her own image that goes berserk after some dude trying to rob a bank roughs her up. The catch is that the android also has the memories of its creator and is going from old regret to old regret trying to make up for what her real counterpart could never do. The problem is that after she’s shot by some cops, it arms the bomb she comes equipped with and is threatening to go off in New York – because, of course. So Hines must take his super cool laser sight magnum gun and chase her down across town and this might be the only thing you remember from the trailers for this movie with Hines holding a huge gun with a ginormous (and hilarious) laser sight attached. If that’s not worse, the android dresses in Michael Jackson leather and there’s so much 80s here it’s downright laughable. Good for a trip down memory lane. Oh, and this is also the first time it has been offered on Blu-ray. 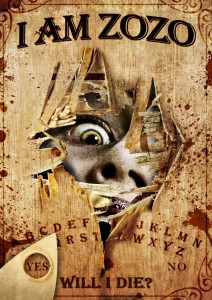 I AM ZOZO – This is just so-so. Come on, you had to see that coming. Apparently there is a real urban legend about Ouija boards that a cage spirit has been contacted a number of times throughout its history calling itself Zozo. If the user continues to communicate with the spirit bad sh** happens. This movie follows what happens when a group of twentysomethings decide to play with the board and continue to ask the spirit questions and get further and further involved in knowing more about the spirit and why it seemingly knows all about the group. Much of the film is just a bunch of people sitting around playing Ouija and being freaked out. There is a death and it’s strange but to call this boring is a crime against the word. Only watch if you a desperate for anything.