michael douglas behind the candelabra interview 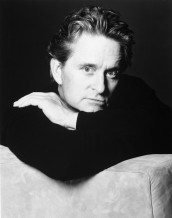 This year, HBO not only taps into the life of Phil Spector for a TV movie, but also Liberace with the Steven Soderbergh directed BEHIND THE CANDELABRA.

Michael Douglas takes on the iconic role of the piano maestro as it delves into his personal life with young boy toy Scott Thorson (Matt Damon).

While speaking about the film at the Winter TCA 2013 Cable Day, Douglas says he relished portraying the larger-than-life Liberace.

“Characters are normally a little easier to play than things that might be closer to yourself,” says Douglas. “So actually, it’s sort of a license of freedom, [and] it frees you up tremendously. And it was really a treat to have a chance to play this part. [When Steven and I were doing] TRAFFIC, somewhere early in the shoot, Steven said, ‘You know, have you ever thought about Liberace?’ And I looked at him and I thought, ‘is this guy messing with me, you know?’ That’s how early on the idea was going.”

Related: Interview with Director Steven Soderbergh on the Liberace bio-pic BEHIND THE CANDELABRA