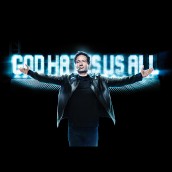 The actor discusses Season 6, plus what scares him this year 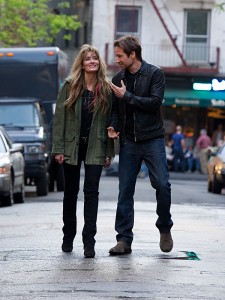 David Duchovny is now in his sixth season of playing troubled, womanizing writer Hank Moody on Showtime’s dark comedy CALIFORNICATION, which runs Sundays at 10:30 PM. The New York-born, Yale-educated actor made a mark on RED SHOE DIARIES, TWIN PEAKS and the feature film KALIFORNIA, but – CALIFORNICATION aside – Duchovny is arguably best known for playing paranormally inclined FBI agent Fox Mulder on the TV series THE X-FILES from 1993 through 2002 and two X-FILES feature films. His new theatrical feature PHANTOM, a submarine thriller with Ed Harris, is about to be released.

At a party thrown by CBS for the Television Critics Association, Duchovny obligingly talks about what he likes about CALIFORNICATION – and what scares him about what he’s being called on to do this season.

ASSIGNMENT X: Did you imagine CALIFORNICATION would run at least six seasons when you started it?

DAVID DUCHOVNY: I didn’t think it was going to go very long, so I’m surprised, but also I’m not surprised, because the heart of the show is the family relationships. That can always be interesting, always change and our daughter on the show has gone from fourteen to nineteen, so that gives you a reservoir of different material, so you don’t have to keep on doing the same stuff.

AX: Do you ever surprise yourself with your work on the show?

DUCHOVNY: I direct some of them, but I don’t write them. I just think, if you’re lucky and you’re paying attention, you’re going to relax more as a performer. I get surprised when I’m relaxed enough, so sometimes I get surprised [laughs].

AX: Given how many times Hank has come close to death, do you think he’ll die before CALIFORNICATION ends?

DUCHOVNY: I always thought so, but – when we first started, I thought, “We have to kill him,” but I’ve kind of grown attached to him now, I think we all have, so I think we’re going to let him live.

AX: As one of the producers, do you have input into who the guest stars are?

AX: Are there specific people that you’re looking to include? Do you say, “Let’s write a part for …”?

DUCHOVNY: Not write a part for somebody, but if I can get it soon enough, if I see what’s coming, I can make suggestions, and I’ve been able to suggest people that I like or people that I know or both.

AX: Over the course of CALIFORNICATION, what do you feel have been the most successful sorts of set-ups for Hank?

DUCHOVNY: I always come back to the family stuff. To me, it’s the most interesting. Hank’s always good as a fish out of water outside of the family, putting him in a new situation where he doesn’t really know what he’s doing – he can f*ck up, whether it’s teaching in college or the rap world last year. This year, it’s rock and roll. He’s an observer, he’s a writer, so it’s good to put him in situations where he’s observing.

AX: Is that a spoiler?

DUCHOVNY: We don’t really have anything like a spoiler. It doesn’t matter – people don’t really care what happens on the show [laughs], they just enjoy the show. It’s rock and roll this year. Maggie Grace and Tim Minchin are the guest stars of this year, and they possibly have a show of their own that spins off. I’m not being cagey, I don’t know.

AX: Given the rock and roll theme, are you going to be doing any singing or playing?

DUCHOVNY: Yes. And I’m very bad at both of them.

AX: Have you sung and played before?

DUCHOVNY: Well, I think everybody’s sung, right? At one point in their lives. My singing voice is criminal and I learned how to play guitar this past year – not for the show, but [series creator] Tom Kapinos was kind and unkind enough to write that in. So I play twice in the show this year and “sing” is in quotes. I “sing” once.

AX: Does it scare you?

DUCHOVNY: The scariest thing in the world to me is singing in public.

AX: Given everything that happened with Hank’s daughter Becca [Madeleine Martin] last season, what’s it going to take for the father/daughter relationship to be repaired?

DUCHOVNY: Well, you know, it’s TV, so the relationships get repaired somehow just so they can get ruptured again. I love that relationship between Hank and his daughter. It’s very honest, it’s crazy, but it’s one based on mutual respect, I think, and  if I could have a relationship like that with my daughter when she’s nineteen, I’d count myself lucky.

AX: Did you always envision the relationship between Hank and his daughter as being central to the show?

DUCHOVNY: I’ve always envisioned that, but the show is always about the family, as odd as that is to say. It changes, because she changes from thirteen to nineteen, but the heart of the show that we get back to is always the relationship to [Hank’s ex, Becca’s mother] Karen [played by Natascha McElhone], the relationship to Becca.

DUCHOVNY: I have a film called GOATS [now available on home video and Amazon instant video]. I am a man who herds them, I don’t stare at them. It’s a coming-of-age drama/comedy with Vera Farmiga and Ty Burrell and this kid Graham Phillips from THE GOOD WIFE, terrific kid. It’s from a novel by Mark Poirier. I think it’s a sweet and a good movie. It’s worth seeing.