With a deft blend of Hollywood A-list films (Tom Hanks in SAVING MR BANKS, Ben Stiller’s THE SECRET LIFE OF WALTER MITTY) and odd, out of the way fare (the acclaimed documentary JODOROWSKY’S DUNE, the slapstick comedy AWFUL NICE), the recent AFI FEST 2013 didn’t not disappoint. Held over the course of eight days once again in the heart of Hollywood, AFI took over the Chinese Theater complex on Hollywood Blvd and for the fifth straight year gave away tickets to all the screenings. Headquarters was in the historic Roosevelt Hotel with several floors roped off into an assortment of parties and dinners. 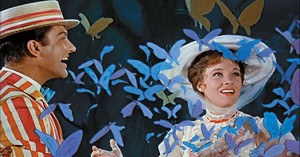 In addition to showcasing world class cinema AFI FEST has always been good at tossing in historical events via their CINEMA LEGACY series (the 50th anniversary of MARY POPPINS, rare big screen showings of Danny Kaye’s best film THE COURT JESTER and the French musical classic THE UMBRELLAS OF CHERBOURG). Old masters were well represented too with Agnes Varda (CLEO FROM 5 TO 7) serving as Guest Artistic Director and Bernardo Bertolucci attending with the new 3-D conversion of his 1987 Oscar favorite THE LAST EMPEROR.

Highlights from the 2013 AFI FEST

• While walking the red carpet for the MARY POPPINS screening a spry Dick Van Dyke said of the famous chimney sweep dance scene “I could still do it, but it would hurt real bad.” 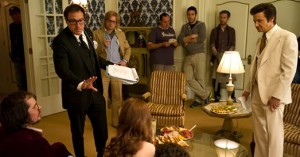 • During the Special Tribute: An Evening With David O. Russell event the director got the audience excited by just showing the first ten minutes from his forthcoming film AMERICAN HUSTLE. He also confessed his first film was shot when he was 13 on Super-8 on the streets of New York’s 5th Avenue. After combing the footage with a Beatles song he turned it in and “got a good grade. One kid in the class said, ‘I could have done that.’ Another said, ‘But you didn’t.’ ”

• While promoting THE LAST EMPEROR playing in 3-D at the newly remodeled TCL Chinese theater director Bertolucci confirmed the long running rumor that he and Marlon Brando had sprung the infamous ‘butter scene’ in LAST TANGO IN PARIS on co-star Maria Schneider without first telling her what the butter was for. He now says with some regret he really wished he could have apologized to the troubled actress who died in 2011.

• After the screening of Peter Berg’s Navy Seal drama LONE SURVIVOR star Mark Wahlberg got worked up about the notion that film acting is as arduous as serving in the military. “How f–*ing dare you?” an emotional Wahlberg ranted, “I don’t give a s–t if you get your ass busted. You get to go home at the end of the day.” It was assumed at the time that he was giving a needle to Tom Cruise after Cruise’s attorney had compared film set duty to military duty. When the smoke cleared Cruise even called the comparison silly and Wahlberg apologized the next day saying he was a huge Tom Cruise fan. Still, it did liven things up for a few days. 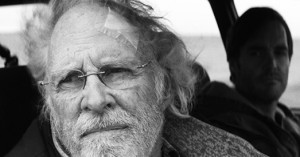 • Quentin Tarantino introduced the clip reel for the Bruce Dern tribute by calling him an American treasure and the only actor capable of delivering “Dernsies,” those memorable moments in film like THE COWBOYS (where he shot John Wayne in the back), COMING HOME (when he out screams Jane Fonda) and DJANGO UNCHAINED (when he gleefully ordered the romantic couple to be split and sold separately). Tarantino also said Dern was a true classic because “he worked with the best directors and he worked with the worst directors.” Dern, who’s riding high with the acclaim he’s receiving for the new Alexander Payne film NEBRASKA, entertained the AFI FEST crowd with stories about working the Wayne and Alfred Hitchcock.

• Tom Hanks said after extensive research to play Walt Disney in SAVING MR BANKS that the Walt we heard on TV “wasn’t that far off from the man when he was talking off the cuff.” Hanks also said that when he’s in far off lands and asked how to break into the movie business he tells them to just come to Los Angeles and join an organization like the AFI. 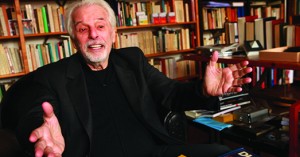 • Usually a documentary has festival goers ranting and raving. And usually it’s a political hot button film or something horrible going in some far off land. Not this time. THE buzz doc, and THE buzz film for that matter, was JODOROWSKY’S DUNE. Long before David Lynch and Dino De Laurentiis massacred the DUNE cult book series with the 1984 film adaptation, EL TOPO‘s mad writer/director/star was set to write and direct the film. Combing entertaining interviews with the 84-year-old director and production illustrations and storyboards JODOROWSY’S DUNE makes a strong case for the Greatest Film Never Made.

• Every film festival needs a midnight movie that shakes up audiences and sends them running for the exits. After well over an hour I walked calmly out of THE STRANGE COLOUR OF YOUR BODY’S TEARS, a Belgium/France/Luxembourg production that the co-director said took 11 years to craft. It’s been called “a bloody and taut psychosexual rabbit hole…” I’d call it a classic case of “I’ve suffered for my art, now it’s your turn.”

• And let’s not forget the upstarts, the first time directors with the fresh visions. Two stand outs were AWFUL NICE, Todd Sklar’s battling brothers road picture comedy set in Branson Missouri and HARMONY LESSONS (UROKI GARMONII), Emir Baigazin’s gritty tale of school bullying and its deadly consequences. AWFUL NICE goes the comedic distance offering up their take on the lost art of slapstick stunts and spontaneous sight gags. HARMONY LESSONS on the other hand is a sure handed tragic drama set in Kazakhstan told without a wasted shot or line of dialog. Two very different, major talents to keep an eye on in the future. 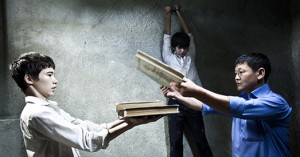 • Roosevelt Hotel bonus trivia: there is a room where it’s said the ghost of Marilyn Monroe haunts the joint. In the lower section there is a rabid nightclub called Beacher’s Madhouse, best known for having David Arquette as one of the hosts that featured dwarfs, long lines, burlesque and general mayhem. The find of the fest: on the second floor of the Roosevelt is a corner space called the Spare Room. When you get past the velvet ropes and humungous bouncers you find a tiny bar and vintage bowling alley (think less AFM Bowling Alley and more the climatic scene to THERE WILL BE BLOOD). Seek it out!