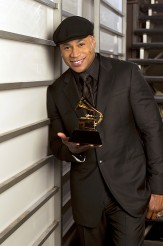 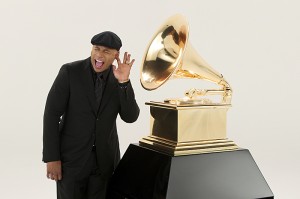 LL Cool J is a very busy man. He’s a multi-Grammy-winning singer/songwriter/music producer, he is of course the star of CBS’s NCIS: LA and he’ll be hosting the 55th Annual Grammy Awards this Sunday night for CBS.

On the one hand, at a Q and A panel for the Television Critics Association, both LL Cool J and CBS executive vice-president in charge of specials, music and live events Jack Sussman acknowledge that the performer’s presence as a network regular was perhaps a factor in his hosting the awards this year. “Well, I’m thinking it had something to do with it,” Sussman says. “I will tell you when, as an executive who does a lot of these kinds of awards shows, when Nina [Tassler, CBS President of Entertainment] came to me and said, ‘We have a deal with LL Cool J and he’s going to be on our air,’ I thought that was a gift because I’ve worked with him before. I know what he’s like. He has amazing music cred, street cred. Artists want to be with him. He’s a star on our network. It’s a no-brainer.”

LL Cool J adds, “I’m happy to be hosting the Grammys. It’s a wonderful thing. It’s an honor. And I have a great relationship with CBS. We do wonderful things together. And when you get an opportunity to work with a great team of people, you work with a great team of people. Like I always tell these guys [Sussman, Grammy executive producer Ken Ehrlich and Recording Academy president and CEO J. Neil Portnow], teamwork makes the dream work. So it’s wonderful to be a part of this family and to work with Neil and to work with Ken. This is what we do. And you know what? I have NCIS: LA, but do you know what? I can honestly say I had a couple of Grammys before we worked together. So I think that gives me a little credibility.”

What it doesn’t give LL Cool J is more free time. In a quick post-panel walk-and-talk, he explains how he’s coordinated his Grammy hosting with his NCIS: LA shooting schedule.

LL COOL J: You know what? Right now, I don’t really take a lot of time out of it. We kind of figure it out on the weekends and there are some days it comes up and production will give me a day here or there, but they’re very good about making sure that it’s scheduled the right way, so that I don’t have to change my time or take any time from the show.

ASSIGNMENT X: And do you enjoy being able to support your fellow artists as host without being part of the competition this year?

LL COOL J: You know what? It feels great. It’s growth. I mean, my competitive juices still flow. I still love creating music and I still love to make music and I have a new album that I’m going to put out this year – [responding to question] it’s not going to be February 13. I want to move it back a little bit and kind of figure it out, because I’m still working on it and tinkering with it, but I’m going to put a new record out and it is still authentic hip-hop.