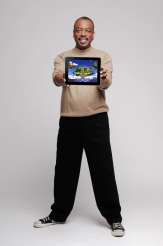 He also talks about his many projects 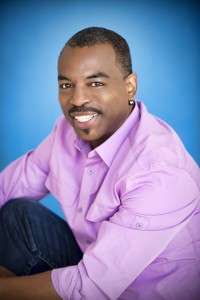 In PERCEPTION, now in its second season on TNT, Tuesday nights at 9 PM, Eric McCormack plays Dr. Daniel Pierce, a neuroscientist who helps the FBI solve cases. Daniel actually has neurological and psychological issues of his own that cause him to see imaginary people, among other things.

LeVar Burton plays Dr. Paul Haley, Daniel’s longtime friend who is a cultural anthropologist and the dean of the college where Daniel teaches. Paul adds levity to what can be otherwise very serious situations.

Burton, born in Germany and educated in Southern California, has spent three decades involved with the children’s educational program READING RAINBOW. He started his screen career as the young Kunta Kinte in the groundbreaking 1977 miniseries ROOTS and subsequently played Lt. Geordi LaForge on seven seasons of STAR TREK: THE NEXT GENERATION – where he also directed nine episodes – as well as four STAR TREK films featuring the ST:TNG cast.

At a party thrown by TNT for the Television Critics Association press tour, Burtontalks about PERCEPTION, what’s new with READING RAINBOW and what he thinks about the new STAR TREK movies.

ASSIGNMENT X: Did you have any thoughts about PERCEPTION’s take on mental illness before you got involved in the show?

LeVAR BURTON: One of the reasons I was so excited when I read the script is that I believe that we don’t have that conversation enough inAmerica, about mental health. People who have obviously dealt with mental health issues tend to be marginalized in our society, much the way the aged are, the elderly. And it’s not working for us. So I was really proud of [series creators] Ken Biller and Mike Sussman for taking on the issue in a very clever, very user-friendly way.

AX: How do you feel about your character’s contribution to Daniel’s situation?

BURTON: I love the character I’m playing, Paul Haley, because his history with Eric’s character is really essential to the dynamic that exists for a lot of people who deal with these challenges, but who are highly functioning. We all suffer from something; most of us are bipolar of one sort or another, just for starters. But I honestly believe that we all develop coping mechanisms. Our alliances and partnerships with our friends and family are part of how we cope. So it’s an absolutely accurate representation of the way it works in real life, and my character, because of the nature of his personality, I get to be comic relief for the first time in my career. And I’m really happy about that.

AX: As far as the pace of production on PERCEPTION, STAR TREK: NEXT GENERATION, you had to do something like twenty-six episodes a season, I think, and PERCEPTION is something like half that per season.

BURTON: The pace is great. I end up working a couple of days every episode, in the episodes that I am in, I’ve done ten out of thirteen or fourteen this year – they’ve ordered an extra one. So it absolutely fits into the rest of my life, with our kids and what we’re doing with the READING RAINBOW brand.

AX: What is going on now with READING RAINBOW?

BURTON: READING RAINBOW is now an app. We’ve taken the television show and translated it into a tablet experience for kids, for the iPad, iPad Mini and now for the Kindle Fire platform. 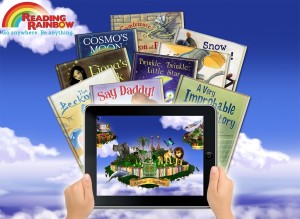 AX: Can you explain between the difference between that and the READING RAINBOW television series?

BURTON: Well, the television series was that one-way experience that you had to access through the Public Broadcasting Service [PBS]. READING RAINBOW now is an app that is available to kids – if you want to be connected to kids these days, you’ve got to be on mobile devices. Television was the medium that we used in the Eighties to reach children, because that’s whereAmerica’s children were – hanging out in front of television sets. Not so true anymore. You want to be in touch with today’s kids, you’ve got to be on mobile devices. So we have reinvented the television show as a mobile library of books and videos for children and their parents.

BURTON: We are, and in fact, I am now the holder of the READING RAINBOW brand. It is the culmination of a long-held dream of mine.

AX: And you’ve been involved in READING RAINBOW for …

BURTON: All thirty years of its history. And this year, this past summer, we celebrated the thirtieth anniversary of the brand. The first episode of READING RAINBOW aired June 6, 1983.

AX: When you started READING RAINBOW, did you have an ambition to be a teacher, as well as an actor, or did wanting to marry education with entertainment sort of come about through READING RAINBOW?

BURTON: My mother is a teacher, [as are] my older sister, my son and two nieces. If you’re a Burton, education is pretty much the family business. So READING RAINBOW was pretty much an opportunity to exercise that part of myself after discovering the very powerful nature of the medium with the ROOTS experience, which was my first professional job.

AX: Are you involved in any other acting or educational or both projects?

BURTON: [laughs] I think between PERCEPTION on TNT and being the cofounder [with] Ron Wolfe of this educational technology company [BurtonWolfe Entertainment], I’ve got my hands full.

AX: Do you have any opinion for on the new STAR TREK film?

BURTON: I miss [STAR TREK creator] Gene [Roddenberry]’s vision. I like the characters, I care about them. And. Where’s the hope, JJ? Where’s the hope? Gene’s vision is about hope – bring the hope back, y’all.