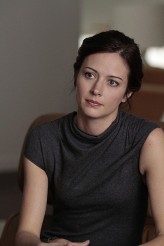 Exclusive Interview: Amy Acker on HUSBANDS: THE SERIES, MUCH ADO ABOUT NOTHING and more

The actress also talks LORD OF CATAN and PERSON OF INTEREST 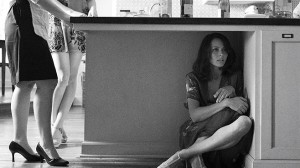 Amy Acker in MUCH ADO ABOUT NOTHING | ©2013 Lionsgate

It’s been a big year for Amy Acker. The Texas-born actress first came to public attention as science whiz Fred and then irritable god Illyria in the series ANGEL. This year, Acker has starred as the witty Beatrice in Joss Whedon’s modern-day film of Shakespeare’s MUCH ADO ABOUT NOTHING, has seen her recurring role as Caroline Turing aka Root become a series regular gig on CBS’ PERSON OF INTEREST (Season 3 premieres Tuesday September 24 at 10 PM) and starred in the short film THE LORD OF CATAN.

Acker also guest-stars in the three-segment arc “I Do Over” of HUSBANDS: THE SERIES, now available for viewing on the CW’s Web channel, cwseed.com, which occasions her presence at the HUSBANDS Season 3 screening at the Paley Center for Media in Beverly Hills. Acker steps off the red carpet to talk a bit about everything she’s got going on right now. 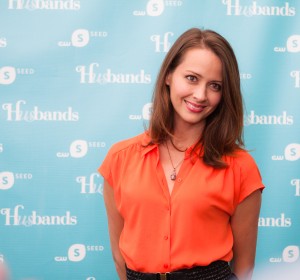 First of all, given that Acker is one of Joss Whedon’s troupe of go-to performers and HUSBANDS co-creator Jane Espenson worked as a writer/producer on Whedon’s series BUFFY THE VAMPIRE SLAYER, ANGEL, FIREFLY and DOLLHOUSE – which also featured Acker – is that how Acker became involved with the Web series?

“Jane did approach me,” Acker confirms. “She sent me an email that basically said they have this really fun character and when I heard about it, I wrote back, ‘That sounds really fun to play,’ and then she sent over the script, and her and [HUSBANDS co-creator/star/executive producer] Brad [Bell] work together so well, and Brad [said of Acker’s character], ‘This is my favorite character I’ve ever written.’ So I was like, ‘Well, that’s a good selling point.’”

Did Acker find any difference between working on a Web series and a broadcast TV series? “No, not at all. This seemed the same as any TV show. I mean, it was quicker, I guess, but it’s [also] shorter. I haven’t done many sitcoms, so that was the only difference for me – it was just a little bit faster.”

In HUSBANDS, Acker plays the ex-fiancée of Sean Hemeon’s character Brady, who is about to reaffirm his wedding vows to Bell’s character Cheeks. Does this mean Acker is the antagonist here? She laughs and replies tongue-in-cheek, “I mean, I think she just couldn’t be sweeter. She’s just coming to wish them well and to make sure that their wedding goes off without a hitch.”

Between HUSBANDS and MUCH ADO ABOUT NOTHING, does Acker feel like she’s doing a mini-genre of playing characters who attend other people’s weddings?

“I don’t think so,” Acker replies. “This [HUSBANDS] is probably the opposite of Beatrice, as you can guess.” 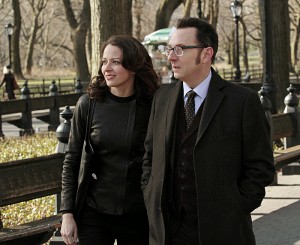 In MUCH ADO, there’s a scene where Beatrice, eavesdropping on her friends, misses a step and tumbles headfirst down the stairs. The moment gets both a laugh and a gasp from the audience, and it’s clearly Acker taking the fall. How was this accomplished?

“There was a mat, and then I just fell on it,” Acker explains. “The first time that I fell during rehearsal, nobody knew that I had worked with the stunt guy – it was one of the guys from ANGEL. [Most of the crew] were shooting a scene outside and he was like, ‘Amy, I set this up.’ Nobody saw that it was set up down the stairs, so [the first time] I fell down and everybody screamed and thought that I had actually fallen down the stairs,” she laughs.

In THE LORD OF CATAN, still in post-production, Acker stars opposite frequent colleague Fran Kranz; they play a married couple participating in an intense game of SETTLERS OF CATAN. Acker and Kranz have previously worked together in DOLLHOUSE, with Acker’s character killing the girlfriend (Summer Glau) of Kranz’s character, in the film CABIN IN THE WOODS, with Acker’s character part of a group trying to kill Kranz’s character, and in MUCH ADO ABOUT NOTHING, which sees Acker’s Beatrice demanding that her lover Benedick (Alexis Denisof) kill Kranz’s Claudio for humiliating Beatrice’s cousin Hero (Jillian Morgese). There’s something of a pattern here. 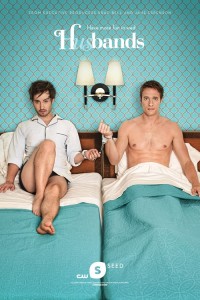 “This character [in LORD OF CATAN] is I think based on [writer/director Stuart Paul’s] own personal experience with his wife,” Acker explains, “where they play this game and then feel like they want to kill each other. You know, any chance you get to want to kill Fran is fun, so …”

Article Source: Assignment X
Article: Exclusive Interview with AMY ACKER on HUSBANDS: THE SERIES, PERSON OF INTEREST and MUCH ADO ABOUT NOTHING