Home » to the wonder soundtrack review 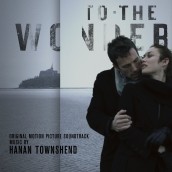 CD Review: TO THE WONDER soundtrack

Mea culpa, but forgive me if I have yet to see Terence Malick’s TO THE WONDER, having been perhaps permanently scared off from his visually striking miasmas after the stupefyingly boring and pretentious movie-as-art instillation that was TREE OF LIFE. That being said, the truly wondrous, and always-entrancing score that Hanan Townshend has created for Malick’s latest existential outing just might get me to watch it. As a New Zealand expatriate based in Malick’s Austin digs, Townshend captures a universal feeling of longing in his concert piece-cum-film score, one of those few soundtracks that captures the melodic potential of what “modern” classical music could be in service of an experimental movie. Reflecting on the disintegration of a love affair, Townshend achieves a haunting, striving quality through subtly lush strings and echoing brass, his music reaching for the Wagnerian ideal of pure love, but with a darkness that tells us it this star-crossed couple will inevitably fall to earth.

It’s an approach that’s right in synch with Mallick’s use of “Parsifal” among his always-eclectic source choices. Yet unlike Alexandre Desplat’s score to TREE OF LIFE (which also featured Townshend’s work), TO THE WONDER is a bit less god-like, even as the eerily dissonant spirit of Gyogy Ligeti gives TO THE WONDER  a similar “2001”-esque feel at points. Taken on its own as a pure musical experience, Townshend’s work is a tone poem of the best kind, painting a big picture from the kind of personal experience that elevates bliss, and despair into the stuff of intimate myth. The continuous rapture that Townshend engenders from this lyrically haunting starstuff marks him as a major composer to watch. And perhaps TO THE WONDER as well in my case.