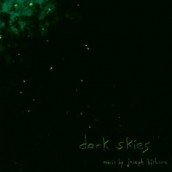 If Blumhouse Productions is literally going to set every one of their movies in a house, then it’s likely their economically advantageous location choices won’t get creepier than the alien home invasion that rains down from DARK SKIES. Infinitely scarier in every respect than the far more notoriously successful THE PURGE, DARK SKIES gains no small share of its effectivenes from Joseph Bishara’s surprisingly restrained, but no less imaginative score.

Taking a completely different direction from the violent demonic antics he’d conjured for INSIDIOUS (in which he played one such creature), DARK SKIES is the semi-musical approximation of the evil signals that beam down from the heavens to make an E.T.-afflicted family’s life living hell. While this score mostly falls under the domain of musical sound effects on that count, there’s real imagination to Bishara’s soul-piercing tonalities, and more melodically aching use of spare strings. Bishara’s score manages to possess the hallways of a suburban residence with evil musical expressionism that haunted The Overlook Hotel in THE SHINING‘s soundtrack. Glistening bells also recall the ambiance that filled the halls of BLADE RUNNER‘s Bradbury Building for extra measure. Where many horror scores today are about scaring the bejesus out of you with as much sound as possible, Bishara’s hypnotic, utterly chilling spareness for DARK SKIES does infinitely more with less.