Home » the last of us soundtrack review 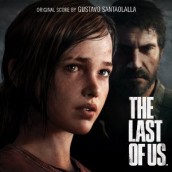 ©2013 Sony Music
THE LAST OF US soundtrack
Reviews

CD Review: THE LAST OF US soundtrack

When it comes to video game scoring, it’s often the bigger, the better. And there’s nothing wrong with that, especially when the composer is mostly trying to make an impression amidst shattering spaceships, cannon-blasting world wars, dragon-slaying sword battles and zombie holocausts. Though THE LAST OF US deals with the latter, it’s on a far more human scale that’s ennobled a strikingly stripped-down score from Gustavo Santaolalla that just might be the least amount of “music” ever done for the genre. But then, having Naughty Dog hire the Oscar winning composer of BROKEBACK MOUNTAIN and BABEL to do to a raging, rock and roll orchestra score would seem a bit like overkill, especially if their intention was to find a musician who could get the job done with a guitar chord to the brain – horror that doesn’t happen all that much for a soundtrack that’s far more about wandering a moral wasteland.

From 21 GRAMS to THE MOTORCYCLE DIARIES, Santaolalla’s soundtracks have always stood out for their spareness, reverbed guitar strumming and percussion carrying an inseparable sense of loneliness, as well as rustic beauty that’s as suited for travelling around the composer’s Latin American environs as it is our country’s southwest. Here the setting is post-apocalyptic Atlanta, not that there’s anything particularly regional about the game’s characters. But like the similar approach taken by Nick Cave and Warren Ellis’ score to THE ROAD, Santaolalla’s chamber-chord sound is a great way of portraying the end of days as a reversion to the Wild West, where outlaw human behavior is as dangerous as the undead. While danger certainly prowls thought the score’s haunting themes, what most concerns Santaolalla is the bond between a grizzled soldier of fortune and the teenage girl under his reluctant charge. It’s this feeling of compassion amidst the carnage gives THE LAST OF US an emotional wallop more powerful than any souped-up weapon. Santaolalla’s music is the getting-to-know you music as this ersatz father-daughter team travel though evocative landscapes of abandoned cities and snow-filled forests, a sole violin or dulcimer giving the journey a lyrical sense of intimacy, much like the dying embers over a campfire conversation. It’s the thrumming, feedback and bouts of experimental percussion that tells us far more terrifying things than natural predators are lurking just out of range.

Perhaps the highest, backhanded compliment that can be paid to Santaolalla’s work is that it doesn’t play like any video game score you’ve heard before. In fact, THE LAST OF US  is as least as mesmerizing, and memorable as his better cinematic work, which has sometimes suffered for its simplicity. But here the chamber approach is positively inspired, conjuring soulfulness for the poor zombie bastards you’ve got to put down by arrow, gun, knife or crowbar. THE LAST OF US  is a mournful elegy for what the living used to be.

Article Source: Assignment X
Article: CD Review of THE LAST OF US soundtrack