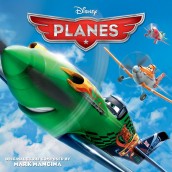 Two exciting scores power the little winners that could 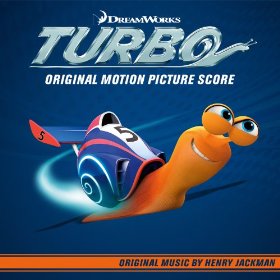 Mark Mancina has a long history of scoring talking animals for The Mouse House, from his arrangements on Hans Zimmer’s THE LION KING to his own adventurous score to TARZAN and BROTHER BEAR. However, his new, exhilarating work for a little plane that could flies far more in the spirit of TOP GUN and REMEMBER THE TITANS than a reincarnated bruin. With noble trumpets, rock-military rhythm, a rousing chorus and a sweepingly courageous orchestra, one might easily expect the underdog team entering a Midwestern stadium for the big game they somehow made it to. It’s a propulsive, flesh and blood sound that Mancina favors over the more cartoonish possibilities, one that really elevate PLANES. Using the breathlessly rocking rhythmic action of his scores for “Con Air” and “Money Train” to exhilarating effect, PLANES plays like one race to the finish after the next, propelled by a can-do spirit that captures the stand-up-and-cheer sound of inspiration, as driven by a memorable theme. It’s hugely fun, and exceptionally well-performed adrenalin stuff, given the usual album add on of tween hip-hop rock-pop, with Mark Holman’s “Nothing Can Stop Me Now” adding a nicely grown up metal thrash to the Disney Radio rush. Antonio Sol and Carlos Alazraqui’s cute disco-to-ballad version of “Love Machine” provides the studio with another bit of Latin fun after Buzz Lightyear did the tango with the Gipsy Kings in TOY STORY 3.

While Mark Mancina’s score for the little plane that could worked on patriotic wings, the way smaller size of TURBO‘s souped-up snail necessitates Henry Jackman to apply a slightly crazier, but equally enjoyable attitude to get this mollusk across the finish line. No slouch when it comes to scoring characters who dream of coming out ahead (a la WRECK-IT RALPH), Jackman goes from charming, loping comedy stylings and longing pathos to screeching techno-action and a rousing orchestra that splendidly echoes his past car races for a Disney arcade game called Sugar Rush. Combining rocking action with Spaghetti western stylings and pokily suspenseful percussion, Jackman finally arrives at the Indy 500 with a fanfare that Superman himself would admire, then unleashes blazingly exciting music that flies by every rocking symphonic curve on the track. However, he doesn’t forget to play the heroic determination that propels the music. Between the plane and the snail, it’s a similar scoring attitude that gives both scores a tie for first.

Clink on the link to Purchase the PLANES original soundtrack