CD Revew: The Best Score Runner-Ups and Composers to Watch for 2012

ARBITRAGE leads off a list of close score contenders

The Best Score Runner-Ups and Composer to Watch for 2012 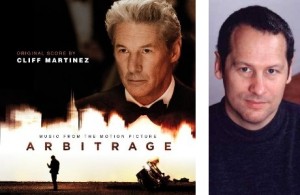 As the composer who virtually created the ethereal indie sound with SEX LIES AND VIDEOTAPE, Cliff Martinez has always played psychological tension in offbeat, ethereally percussive ways. Here’s it’s a moody spider’s web of drones and percussion that’s closing in on a magnate’s gigantic F-up, rhythmic tension that’s all about the inner turmoil that clings to the antihero as he uses all of his charms to clean things up. Speaking with his soft, haunted confidence, Martinez’s Eno-ish washes of melodic textures always have a cold beauty that doesn’t let him off the hook. 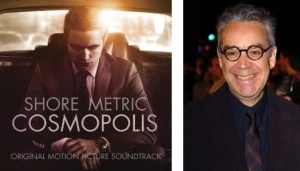 David Cronenberg’s film may have been a big ride to nowhere, but that doesn’t mean the director doesn’t always bring out the creative best in his faithful musical driver Howard Shore, who takes the wheel along with the alternative band Metric. It’s a hypnotic voyage into mega-finance’s existential, corrupt underbelly, music that’s full of long, drifting neo-industrial soundscapes that create a palpable sense of bubbling tension. Though as small in its approach as his score for THE HOBBIT is epic, COSMOPOLIS is equally as powerful expressing Shore’s drive for ear-catching experimentation. 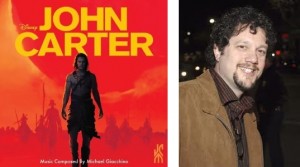 Between stuff like SUPER 8 and STAR TREK,  few composers approach effects tentpoles with the blazing geek excitement of Michael Giacchino, who lights them on fire with the kind of orchestrally thematic exuberance that’s more than marked him as the John Williams to be. For this blockbuster that should have been, Giacchino is in Martian hog heaven, pouring on the grand symphonic adventure, ethnic percussion, choral hosannahs and trumpeting four-arm, sword-swinging action. In short, JOHN CARTER is everything that makes a score of this type great, creating a sense of wonder that’s breathless with its massive enthusiasm that makes musical fanboys of us all.

Australian composers Nick Cave and Warren Ellis have proven they understand America’s violent musical frontier like few other foreigners with the likes of THE ASSASSINATION OF JESSE JAMES and THE ROAD. Now taking on the prohibition era backwoods with the same defiance to musical tradition, the duo blend the roadhouse guitar blues with angry, often dissonant percussion that defies any decade, creating a palpable sense that brutality can happen at any second, yet with the kind of art that makes their sometimes assaultive approach into a thing of backwoods poetry- even if it’s only a little taste of their moonshine that’s provided on a similarly powerful soundtrack album. 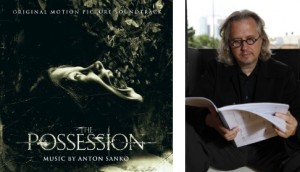 When so much horror music is all the rage, Anton Sanko applies the haunting tone he gave to a family torn about by tragedy in RABBIT HOLE, applying the soulful intimacy to the far more visceral experience of a kid being possessed by a Jewish-centric demon. Sanko deftly balances classy, and subtle psychological piano and string melody with the genre’s ragingly percussive orchestral demands, with just a hint of Hebraic ethnicity to further separate the film’s score from the usual Christian tone that accompanies a child-hating hell beast. 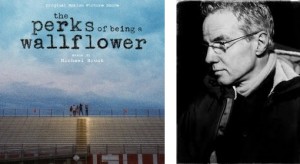 THE PERKS OF BEING A WALLFLOWER soundtrack | ©2012 Lions Gate Records

THE PERKS OF BEING A WALLFLOWER
(Michael Brook / Lions Gate Records)

After the existential acoustical youth sound for a kid who didn’t want to fit in for INTO THE WILD, Michael Brook goes back to 80s high school experience, complementing the song soundtrack’s mix tape for the dawn of alt. with a beautifully sensitive score about the madness and joys of fitting in, joining poignant guitars, piano, aching strings and dream-like synths for a touching musical portrait for the deep, life-changing bond of friendship. 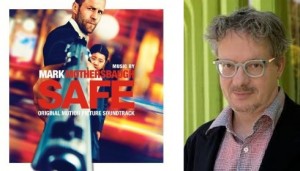 Pretty much only known for his ironically Baroque scores for such Wes Anderson pictures as RUSHMORE, not to mention the wacky antics of two zillion cartoons. Devo-man Mark Mothersbaugh takes on full-throttle Jason Statham bad-assness for what’s arguably the star’s best action picture. And hearing the brooding strings, militaristic beat-downs, metal guitars and Chinese stylings for SAFE‘s mayhem is the thrilling equivalent of finding out the guy you thought of as the ship’s cook was a stone-cold musical killer all along. “Rugrats” will never seem the same again. 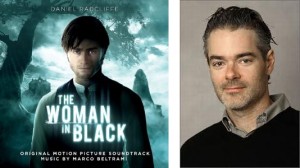 Having immediately proven himself modern film scoring’s answer to James Bernard with such atmosphere-drenched chillers as MIMIC and SCREAM, Marco Beltrami now truly resurrects the ghost of that famed Hammer composer with his studio’s long-awaited, and wholly successful return to the genre. Driven by an old dark house-worth of melodic thrills and gripping, supernatural suspense, Beltrami’s horror highpoint with “The Woman In Black” shows the worst fear is the loss of one’s child with a menacing, heart-breaking wallop. 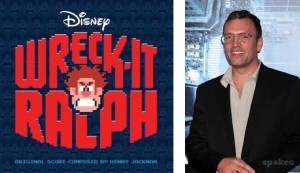 Henry Jackman’s proven himself a master player when it comes to making arch subject matter musically believable with the high energy likes of KICK-ASS and ABRAHAM LINCOLN: VAMPIRE HUNTER. Now he incorporates the 8-bit sound of classic early 80s arcade games with a state-of-the-art orchestra, and gets a high score for a thoroughly fun “game” score that veers between Looney video-Toon antics and console-ready action. Yet it’s the unexpected emotional points that he scores in actually making us tear up for these characters that makes WRECK-IT RALPH a big winner.

Quentin Tarantino’s sadistically groovy mash of spaghetti western and slaveploitation pays the genres musical tribute with the likes of Ennio Morricone, Luis Bacalov and Jerry Goldsmith, not to mention the blasting hip-hop of Rick Ross and Brother Dege. But where such jukebox song / score soundtracks as INGLORIOUS BASTERDS and KILL BILL were consciously all over the tonal place, DJANGO UNCHAINED is the first Tarantino movie that actually seems to have a unified, new score, its heroically vengeful tone spoken in the inimitable voice of Ennio and his acolyte (and original DJANGO composer) Bacalov. It’s so cool that one wonders more than ever why Quentin just doesn’t give either of them to call to score DJANGO UNCHAINED for real. In any case, it sounds like the Italian maestros’ most thrilling score in decades, even if it was brilliantly cobbled together from their past, as well as the geek love of the composers inspired by them back in the day.

GLEE‘s Adam Anders and Peer Astrom reprise the 80s hair metal guitar licks, as well as era’s mesmerizing synth-blues soundtrack vibe for a score that gets unusually long play between the dynamite jukebox tunes in ROCK OF AGES (Unreleased)

Andrew Feltenstein and John Nau make bad Mexican movie soundtracks and their songs into a thing of satirical brilliance, along with every other style that comes to Will Ferrell’s spoof-filled imagination in “Casa Di Mi Padre” (Lakeshore)

Heather McIntosh creates an ironically stark, gripping chamber music approach to the darkly powerful experience of watching the human need to be controlled at its worst in “Compliance” (Milan)


Spain’s Zeltia Montes lyrically reaches back to the communal energy of the 60s with a tender, and haunting hippie spirit for LOVETOWN (VILAMOR) (Quartet Records)

Former Echo and the Bunnyman Adam Peters goes surreally south of the border for the alt. darkness of Mexico’s drug war in SAVAGES(Varese Sarabande) 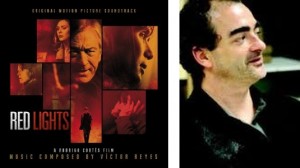 Having made his legendary Latin jazz career in the days when nightclubs ruled Cuba, 94 year-old Bebo Valdés beautifully varies his love song “Sabor A Mi” into the underscore and songs that reflect the passion-filled decades of musical styles that link the star-drawn Chico & Rita 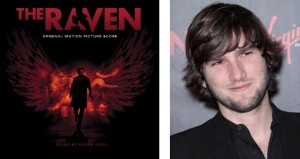 
AGREE? DISAGREE? LET YOUR VOICE BE HEARD – COMMENT BELOW