An adolescent’s ability to turn a dangerous world into a place full of fantastical possibility provides the subtext for this strikingly fresh, Cajun-cum-magical realism score by director Benh Zeitlin and co-composer Dan Romer. “Beast’s” flooded island is a palpable, dangerously enchanted place in this jambalaya of music box bells, fiddles and plucked strings, strongly melodic storytelling that dances with local flavor while taking listeners to a truly new, mythic land where giant prehistoric pigs can come to life. In the their native ensemble that effortlessly approximates the emotional power of a full orchestra, Zeitlin and Romer also hauntingly hear childhood’s end, a somber responsibility that tolls with loss, finally resounding with the triumphant joy of a generation stubbornly continuing to take root in a water-logged reality beyond anyone’s imagination.

It’s a mark of hubris to write a score that can span centuries with music that’s powerful enough to be remembered through countless lives and deaths. But the Pale 3 of Tykwer, Klimek and Heil pull their ambitious goal off to dazzling effect, ranging from a techno future to pokey pizzicato comedy and a swirling chorus of biblical realization. Seamlessly tying its divergent musical styles, stories and timelines together is a beautiful “Cloud Atlas” theme, music so believable in its classicism that a listener might think it was written by one of the great maestros. A staggering evolutionary leap from the trio’s breakthrough trance-techno score of RUN LOLA RUN, CLOUD ATLAS is an immense sum total of not only the human experience, but of mankind’s capacity for musical self-realization itself, all as embodied in a theme or the ages.

FOR GREATER GLORY: THE TRUE STORY OF THE CRISTIADA
(James Horner / Varese Sarabande)

When it comes to a composer to play your martyrdom, no one delivers a historical, church-worthy send-off like James Horner, who’s sent William Wallace, a regiment of black union soldiers, and most of the passengers on board the Titanic to a gloriously heroic musical eternity. Horner accomplishes this with every wonderful trick in his book here to give a rousing musical elegy to a little-known band of Mexican-Christian freedom fighters in this stirring film about battling for what’s right. Shostakovich-ian licks, tolling church bells and a chorus of seeming hundreds join with Horner’s iconic talent for thematic nobility, all driven by terrific, ever-escalating excitement that could be on the range with the composer’s ZORRO scores. Easily the most Horner-ific score he’s done, FOR GREATER GLORY is a 21-Pistolero salute to the days when film scores weren’t afraid to be big, bold and above all musical.

Click to Purchase For Greater Glory: The True Story Of Cristiada

The ability of the human spirit to overcome the unimaginable is at the heart of Fernando Velázquez’s tremendously moving score, his feat made all the more impressive by how well he avoids melodramatic disaster score clichés. In the face of 2004’s devastating Asian tsunami that claimed tourist and native alike, Velázquez plays both the restrained determination of a family to reunite in the face of seemingly insurmountable odds, all while suspenseful dread washes over them. Graced with a truly memorable theme to bond his characters,
Velázquez most often employs an emotionally restrained approach for strings and piano to reflect a far bigger picture of wreckage and anguish. When the strings finally soar with large scale melody, the tears that Velázquez’s work helped earn feel truly justified, standing in for those who found their families, and others who lost theirs’ to nature’s fury. 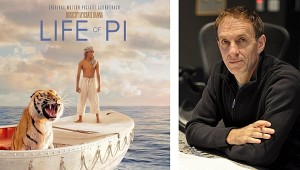 Mychael Danna has ventured to India before with the likes of KAMA SUTRA, WATER and VANITY FAIR, creating an intoxicating melange of the land’s ancient instruments and rhythms with a western-style orchestral sound. LIFE OF PI is most majestically ambitious voyage yet to the sub-continent, its karmically religious culture very much a state of mind for a young man cast away on the ocean, with only a ferocious tiger for company. Danna impressively deals with both spirit and survival for a score that richly blends musical ethnicity and Hollywood tradition, as Indian winds, percussion and voices join with strings that are both capable of soothing lushness, or the symphonic anger of a God Storm, with a moving piano melody finally helping to ask about the very nature of imagination and belief when all is lost. Indeed, few scores take such a melodically profound slice of a very big 3-D picture like this PI.

Showing an interest in eclectic percussion since his first score for cousin Rian’s directorial debut BRICK, Nathan Johnson brilliantly takes his love for offbeat sounds into the twilight future zone here. Sampling a junkyard’s worth of metal and string sounds, then combining their insanity with a conventional orchestra, Johnson achieves an alternately noisy and melodically pleasing balance between sound design and thematic music, with both approaches often colliding with stunning results for a film noir soundtrack that can be as sharp as the scraping of age-old rust, or have the emotionally affecting brush of a piano key for fatalistic hitman romance. 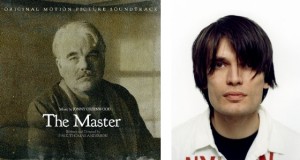 Few scores dared to be as bizarrely in your face as Jonny Greenwood’s THERE WILL BE BLOOD. But then, few directors, or characters brooked no prisoners like Paul Thomas Anderson and his raging bull oilman. Back with the filmmaker for an even more inscrutable anti-hero who falls into a cult of personality, Greenwood’s equally confrontational score is fascinating by the sheer, modernistic insanity of its ideas. Avante garde strings and brass layering a denseness of ideas to embody a s super-genius’ manifesto. Yet one can easily hear the pull of his words within Greenwood’s magnetic music that conveys two addled minds- one full of devilish ticking clock self-assurance, and the other a mess of conflicting, angrily percussive motivations. One of the few scores that could easily be on a concert stage as much as a soundtrack, Greenwood’s MASTER once again proves that there’s no other composer with the provocative balls to screw with the nature of film scoring itself. 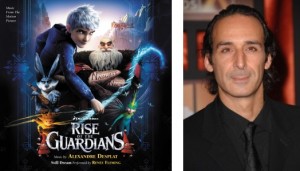 Magical snow seems to coat Alexandre Desplat’s genre work, whether it’s fallen upon THE GOLDEN COMPASS or Hogwarts Academy in the final two “Harry Potter” scores. But rarely has the composer’s holiday cheer descended with the adventurous joy as it does with the iconic team that comprises the RISE OF THE GUARDIANS. Conjuring a child’s-eye belief in fairytale icons with gentle strings, pianos, bells and Yuletide horns as well as employing more muscular orchestrations for the action chops of a Cossack-style Santa Claus, Desplat pulls off the first fairy tale superhero score with his deft balance between naughty and nice. But perhaps more importantly, the majesty of Desplat’s score will make this deserving film’s viewers believe in the feats of imagination that a robustly thematic symphonic score can conjure.

Since riding high on the ethnic whimsy of his group Devotchka for the breakthrough songs of LITTLE MISS SUNSHINE, Nick Urata has applied the same sweetly comic charm to scores for I LOVE YOU PHILLIP MORRIS and THE JONESES. But it’s RUBY SPARKS that marks a major symphonic evolution for the composer, his rapturous strings brimming with the power of creation in a nebbish author’s conjuration of his book’s dream woman. But if Urata’s Gypsy spirit has given way to such Russian composers as Prokofiev here, Urata’s sly spirit is very much present in his score’s deliberate pomposity, a take down of literary delusions of godhood that also finds terrifying percussion in the shackles of control, and a moving sense of romantic loss in surrendering to the power of the typed word. 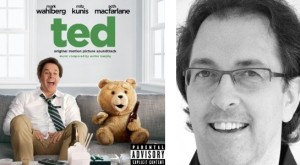 If John Williams and Henry Mancini teamed to score a film about a foul-mouthed teddy bear, then it’s likely the result would be something akin to Walter Murphy’s orchestrally lush, and infinitely hep cocktail jazz score that makes Seth MacFarlane’s seemingly crass concept into comedy gold. It’s a conviction that marks both MacFarlane and his “Family Guy” composer more-than-impressive studio feature debuts. Not only does he play “Ted’s” innumerable pop culture salutes (right down to the Indy theme), but his genuinely moving emotion gives true heart to the movie’s swear-filled, cannabis-stained stuffing, God’s farts and all.

Related Link: Runners-up and Composers To Watch for the BEST SCORES OF 2012