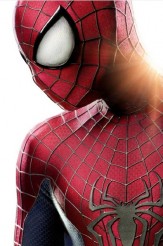 At the press event for THE AMAZING SPIDERMAN 2 during San Diego Comic-Con 2013, director Marc Webb says that future movies will feature some of the nuggets and subplots that are shown in this sequel.

“The universe that we conceived of began before we even started shooting the first movie. So there are plans and seeds that have developed all around us. There is a hugeness of scale to this movie and the ensemble is pretty extraordinary but it is cohesive,” Webb says. There is a simple unifying theme that is at the movie that is very impactful. It’s fun to tease out bits and pieces of other characters. And if you pay attention to this next movie, you will see other things that are in store for us in the future.”