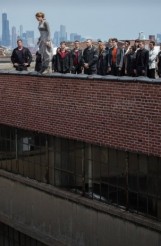 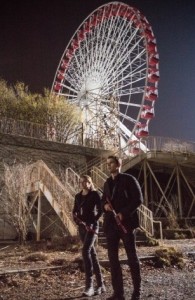 Director of the soon-to-be blockbuster, DIVERGENT, Neil Burger loved the material that he was dealing with going into production on this film.

At the San Diego Comic-Con 2013, Burger credits the source material as the initial inspiration and how it appeals to not just youths but everyone.

“What I liked about it was Veronica’s [Roth] book and it was wonderful to create a new world and really what I liked was a young woman’s journey,” Burger says. “What I liked was the human element. This young woman’s journey, yes it is based on a youth novel, but it is a universal story about where do I belong. Who am I? Who am I loyal to? Am I loyal to my family? Am I loyal to myself? Who am I willing to go out on a limb for? I liked all those ideas and felt like it expanded out to much larger about how do you keep a society together?”

But fans of the book probably want to know the most just how will the film be as it relates to the book. Burger wanted to put those fears to rest.

“I think it will be very true to the book actually. A movie is a different beast than a book obviously,” Burger says. “The great challenge was to fit the book into the movie because there is so many characters in the book that had their function in the book and are beloved. Too many really to fit into a movie but we worked hard to squeeze them all in. We came up with an idea for a movie that is more fast-paced than normal and denser than usual. There are three villains and Triss has a whole set of friends and her relationship with her parents and her relationship with Jeannie Matthews. There is a lot going on in the book and there’s going to be a lot going on in the movie. So it is very faithful. Obviously some things are smoothed out or combined to make them one essential dramatic journey where there were more turns in the book, but it’s pretty faithful.”