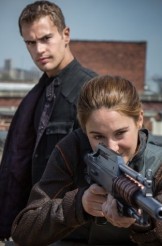 Her new-found fame, what she enjoys about Triss and more 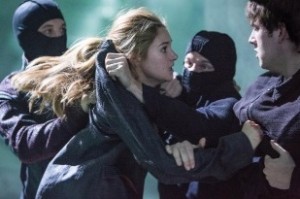 During the recent San Diego Comic-Con 2013, Shailene Woodley, star of the upcoming film DIVERGENT, talked about how becoming a huge star and dealing with the new-found fame as well as getting help from HUNGER GAMES star Jennifer Lawrence.

“I did an audition for HUNGER GAMES back in the day and Jennifer Lawrence actually helped me with DIVERGENT and asked her about the experience of HUNGER GAMES and how her life has changed from going from small movies to a huge movie like HUNGER GAMES,” Woodley says. “She gave me really be beautiful advice about how it changed her life for the positive and she really helped me on this journey. “

Woodley thinks that she won’t be jaded or turned by the new found fame from DIVERGENT. “I think that anonymity thing is an interesting concept,” she says. “I think that if you live the life you want to live and be the person you want to be, there’s not a lot to be afraid of or not a lot of negatives. You can create a life outside of this industry that can be infiltrated.”

Part of her enjoyment on working on DIVERGENT came from her character, Triss, itself and her morals. “I admire Triss’ selflessness. I know she grew up with that and it was ingrained into her at a very early age,” Woodley says. “I think that’s a trait we could use a lot more in the world today. I think that coupled with the bravery she is forced to call upon makes for a profound, complex human and I found her admirable.”