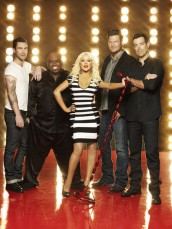 The show is still pretty addicting, but is two cycles in one year too much? 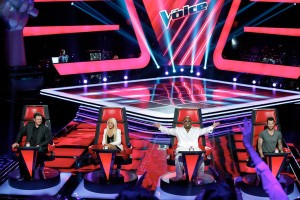 Has network TV finally reached the saturation point with all its musical competition series? First there was the juggernaut AMERICAN IDOL, then THE VOICE came in to steal some of its thunder and last year Fox spawned THE X FACTOR.

With ratings declines for all these series, it’s clear there’s some fatigue.

Now NBC is rolling out the second cycle of THE VOICE in the same year, which is not necessarily the best thing for any of these shows. That said, THE VOICE still proves to be deliciously entertaining most of the time. Until we see the new THE X FACTOR line-up, THE VOICE also currently has the best mix of judges (Blake Shelton, Christina Aguilera, Adam Levine, Cee Lo Green) and champions actual, good singers over cringe-worthy shams in the audition rounds.

The Season 3 premiere emphasized why this works. You have really good singers in these “Blind Auditions” round vying for the coaches to turn their chairs around. Then it’s up to the singer to pick who they want as a coach.

And it’s entertaining because the four coaches have created a great banter between one another. You can tell they’re enjoying themselves and they rib each other endlessly. It’s great fun. Plus, you get to hear and see performers that would never make it on those other competition series.

Now, the big problem with THE VOICE though is after the audition rounds is the show. The auditions and stories are the most entertaining part of the series and NBC knows it. And then after the singers are picked, the show goes downhill really fast. Not only does THE VOICE eliminate way too many singers too quickly, the voting process is also very skewed because you never get enough time to really get to know the Top 10 or Top 12 the way you do on IDOL.

The other problem is that other than the four coaches, THE VOICE really hasn’t produced a full-fledged star yet. The coaches get all the attention and even in this early round where there are clear frontrunners, those frontrunners are either homogenized through bad song choices during the rest of the season or quickly eliminated before they have a chance to shine.

THE VOICE promises big changes this year – hopefully they live up to it in a major way because it would be a shame to see the series over-saturate the brand and not make adjustments to ensure its longevity like IDOL has somehow managed to do.

We’ll see how this season shapes up, but it’s a good start and hopefully it will lead to an even more dynamic and exciting Season 3.