A good mixture of music biz and soap, pitched in a pleasingly lower key 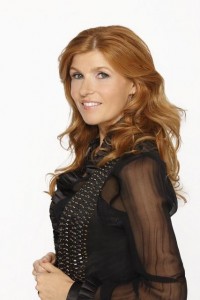 The concept of a primetime soap set in and around the Nashville music scene conjures visions of over-the-top glitz and Southern-accented catfights. Well, shame on us (me, anyway) for anticipatory stereotyping, because NASHVILLE, while it certainly has its sudsy aspects, proves to be a well-grounded drama, with characters who behave like recognizable human beings and music that sounds like something people would pay money to hear.

NASHVILLE centers on two women, longtime headliner Rayna James (Connie Britton) and rising star Juliette Barnes (Hayden Panettiere). Rayna is juggling lots of roles when we meet her – superstar, wife, mother, borderline estranged daughter of wealthy mover and shaker Lamar Wyatt (Powers Boothe) and middle-aged woman dealing with the indignity of being told by her label that she needs to draw a younger crowd. To this end, the music execs suggest that Rayna tour – as the opening act! – with their new golden girl, Juliette. Rayna is disgusted, even before Juliette starts making moves on some of the key players in Rayna’s organization. For her part, Juliette doesn’t see why she should have to kiss the ring with Rayna, but the younger woman has plenty of problems of her own.

There are lots of subplots, with Rayna’s passive husband Teddy (Eric Close) being pushed to run for office by Lamar, who is angry at his erstwhile buddy, politician Coleman Carlisle (Robert Wisdom), some talented young songwriters and performers landing on the radar of our leads, Juliette out to poach Rayna’s bandmates, etc. 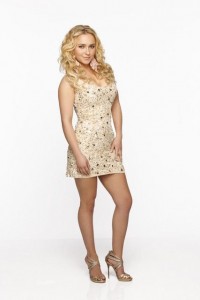 It helps immeasurably that the songs, under the aegis of the show’s legendary music producer T-Bone Burnett (who is married to NASHVILLE creator Khouri), are both plausible and appealing. Britton sells every aspect of Rayna, including her vocal chops, with conviction, playing the veteran performer as someone who has been around a lot and has gotten fed up, but isn’t ready to quit. Panettiere, who has cut some real-life records before taking the role, likewise does a persuasive job of putting across a kind of AMERICAN IDOL pop/country that would get radio play while driving country purists crazy. She gives Juliette a good mixture of spoiled high-handedness, desperation and mischievousness. The supporting cast is strong, with no false notes so far.

Khouri’s pilot script, under the direction of her fellow exec producer R.J. Cutler, finds plenty of opportunities for conflict without resorting to caricature. Rayna is particularly well-drawn, a woman of recognizable ambitions who is trying to make the right choices to keep going without having to shame herself in the doing. Everyone else keeps our attention as well, and the dialogue has good snap to it without being overly clever.

NASHVILLE is a show that loves its namesake and is sincere (without waxing drippy) about the place and power of music in people’s lives. The pilot even uses the Bluebird Café, a real-life Nashville songwriter hangout (the location is replicated on a set in later episodes). Of all the shows right now juggling both song and drama, this is the one for people who like country, folk and pop without narrative overkill.