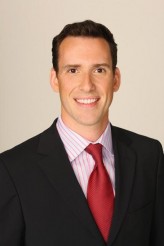 As ABC Family continues to have success with various series in different genres like SWITCHED AT BIRTH, PRETTY LITTLE LIARS and MELISSA AND JOEY, the next phase of development for President Michael Riley is bringing more musical programming to the net.

“Music is a direction we want to weave more into our programming,” says Riley at today’s TCA press event.

First up is a made-for-TV musical called ELIXER starring Chelsea Kane and Jane Seymour about a mother who takes a youth potion and decides to crash her estranged daughter’s wedding to save her from marrying the wrong man.

“We started with groundbreaking scripted drama, building out this whole idea of comedy and on top of that we’ve been tremendously successful with our romantic comedies,” says Riley. “What we really want to do is take it to the next step and we are building music in our movie strategy. [With ELIXER] I couldn’t be more happy with that cast. It’s a direction for us we haven’t been in and we’re excited to see where that goes.”

The second musical movie will be their Christmas film this year which will anchor their 25 DAYS OF OF CHRISTMAS programming block.

“It’s called THE MISTLETONES,” says Riley. “Who wouldn’t want to watch a movie about dueling caroling teams figuring out what to do during the holidays.”