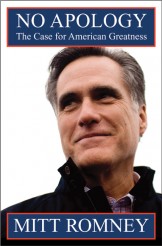 Kerger says that it’s wonderful that Romney says he likes public broadcasting, she did note that the Federal investment is rather minimal when you break it all down.

“We try to leverage it very carefully and it amounts to about $1.35 a person per year,” says Kerger. “We have always had bipartisan support, and I know that this is a period in our country’s history where, as a nation, we do have to make tough decisions, but I will also tell you that when we were founded, we have always been an effective public-private partnership of federal money, which makes up 15 percent of our funding. And now, that’s an aggregate number. The funding that comes to the Corporation for Public Broadcasting goes largely to stations. And for some of our stations, it represents 10 percent of their budget, but in a number of stations, particularly in rural parts of the country, it could be as much as 40 or 50 percent of their budget. And that money could not be made up.”

That said, Kerger says PBS also has restrictions through the FCC – so it’s not that easy to just “run ads” and that an evaluation by the Office of Management and Budget about the possibility of eliminating Federal funding came to the conclusion that “the best system that we have is the system and that it would be impossible for [PBS] to become a broadcaster that was not at least supported, in part, by Federal appropriation.”

Another important point Kerger makes is that many people on Capitol Hill would occasionally say to her “well, you know, there are cable operations like History [Channel] – maybe you could learn from them in terms of bringing in revenue.

“But you know, they found that the way to survive was to create a very different type of programming,” says Kerger. “And programming like PAWN STARS and AMERICAN PICKERS is not the same as AMERICAN EXPERIENCE and Ken Burns. So I’m hopeful that we will be successful in making our case. We certainly have been working very hard at it.”

Ultimately, Kerger says it will be important to make it clear to elected officials that PBS has broad support by the American public

“We have research that’s been done as recently as this past year that shows the great deal of support for public broadcasting and a recognition that we provide an important source of information for many communities,” says Kerger. “At the end of the day, as articulate as I would attempt to be in trying to make the case for public broadcasting, the one group that elected officials listen to are their constituents, and if the constituents believe in the work that we do – and I know that they do – then they need to let their voices heard.”

Article Source: Assignment X
Article:PBS talks about Mitt Romney calling for an end to federal funding of the broadcaster