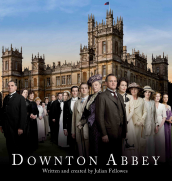 PBS kicked off the Winter 2012 Television Critics Association this week with its executive session with President and CEO Paula Kerger.

One of the talking points was a recent story in the New York Times that said PBS is giving the premium channels like HBO and Showtime a run for their money – especially with the success of such quality programming as DOWNTON ABBEY.

“It’s funny how may people have said to me, ‘oh, PBS looks cool again,’” admits Kerger. “I’ve always thought PBS was cool, but that’s just my opinion. I think what we’re trying to do … is when you do have a project that’s successful, and in this case, which is part of an overall strategy for us to really take a hard look at our schedule in primetime and figure out where are the opportunities for us to build programming that will be of interest in the American public, and frankly, that aren’t being covered well by other broadcasters. It provides great opportunities.”

Part of this strategy according to Kerger, is not only working closely with established producers of MASTERPIECE and NOVA, but also looking at new programs to bring into the schedule.

“A great example of that is the Steve Jobs documentary that we put on the air right after his death,” adds Kerger.

“We are a part of so many lives when [people] are children, but they haven’t been to public television in awhile,” says Kerger. “I think there’s a big opportunity to reintroduce people to public broadcasting. And I think that there are a lot of similarities between a services like HBO and PBS because we both produce quality programming.”