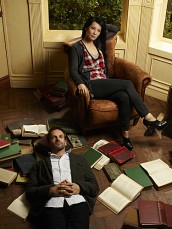 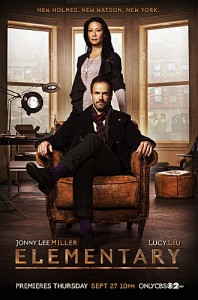 “Our Sherlock is a puzzle solver – that’s his obsession,” says Doherty. “It’s to the point where you might call it an addiction. And in many instances, he has an addictive personality and he’s battled with cocaine. Ours has the same problem, but our Sherlock hits a serious wall. Life has always came easy for him. He could see so many things, take them down to the barest elements and it makes not just investigating simple, but living life and navigating the world. But obviously the world is not as easy as he thought and something terrible has happened to him in London and he’s spiraled out of control and our Sherlock has emerged. I don’t see him as a sociopath, I see him driven to solve puzzles and help people. And at the end of the day, he believes in justice.”

As for a female Watson, Liu says it brings a new dynamic between the Sherlock and Watson characters.

“Sherlock has an awkward relationship with the other gender and we bring that into play as a constant reminder of that awkwardness between being a friend, but it’s a woman,” says Liu.

And in terms of elements from the rich history of Sir Arthur Conan Doyle’s books, Doherty says the series will also be introducing Sherlock’s arch nemesis Moriarty as well Sherlock’s father.

“We officially have a plan for our Moriarty and we look forward to introducing him as we go,” says Doherty. “Sherlock’s father is referenced in the pilot episode and we’re moving closer and closer towards meeting him. He will be an interesting shadowy figure in the series. We have a lot of great things lined up and excited to tell our story over the course of the first season.”

When pressed for more details, Doherty reveals that the “spirit” of the character needs to remain.

“Quite often you’re dealing with his agents,” says Doherty. “He has fingers in the pie and he’s the man behind the man behind the man so we will make some use of that. Some dominoes will fall before we get to it, and because I want everyone to be surprised, it’s hard to give too many clues when it comes to Moriarty at the moment.”