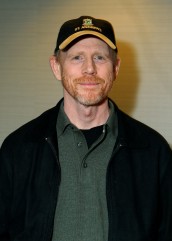 While director Ron Howard has been interested in television for awhile (his shelved adaptation of Stephen King’s THE DARK TOWER was to span both movies and a TV series), he’s now moving his attention to helm a new Showtime series called CONQUEST.

To be written by Jose Rivera the series will focus on Spanish Conquistador Hernan Cortes and his battles with Aztec empire ruler Moctezuma II.

At the Showtime TCA 2012 Press Tour, Nevins spoke about the project.

“It’s in the very early stages of development,” Nevins says. “On the one hand, it’s been talked about for many years, and I’ve had many conversations with Ron over the years about it. On the other hand, we don’t have a script yet. I think there’s a very interesting show to be done that has genre elements, has elements of supernatural and horror – really frightening, gruesome stuff. This is about the sort of encounter between these two very different cultures but were in a pre-modern time where magic and mysticism, I think, is in the core in the core of the belief system of the Spanish Catholics and the Aztecs. And it’s a very advanced civilization in a lot of ways, the Aztec civilization, advanced mathematics and science, but also really brutal and violent. So I think it’s got a mix. And it’s a kind of a period show that no one has done. So I’m always looking for something that feels like fresh territory. One of the reasons I hate talking about it is because other people can get the idea, but I think it’s loaded with potential.”

Article Source: Assignment X
Article: Showtime talks about its CONQUEST series to be directed by Ron Howard and currently in development