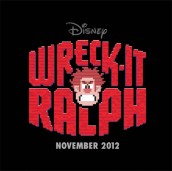 The new animated Disney film WRECK-IT RALPH focuses on an 8-bit character named Wreck-It Ralph from a fictitious 1980s arcade game who decides he’s tired of being a bad guy and starts to game hop into other worlds.

Voicing Ralph is John C. Reilly who spoke to the press at Comic-Con 2012 about being in the new cartoon and getting used to the voiceover medium.

“With voice over work, you take the whole experience you normally do with your body and channel it all into your voice,” says Reilly. “I became somewhat good at various sound effects. They had to keep reminding me, ‘John, they will provide that. You don’t need to go ‘splooosh.’”

In terms of his favorite classic arcade games, Reilly says he was a big fan of SPACE INVADERS.

“I’m dating myself by saying this, but I was the test audience for SPACE INVADERS,” he admits. “I remember when that was the first game, that wasn’t a pinball game, that came out. I spent a lot of money on SPACE INVADERS, in the form of quarters of course. I have a family now, so I don’t have a lot of time to play video games.”