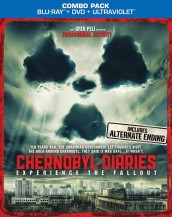 CHERNOBYL DIARIES Highlights this week in Blu-ray and DVD Releases 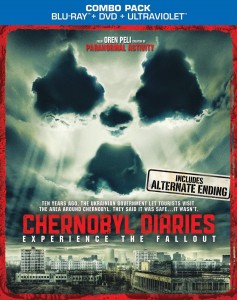 CHERNOBYL DIARIES – This was purported to be a found footage film about a group of tourists that go on an “extreme” adventure into the wastelands of Chernobyl. Luckily, there are no shaky cams as it is only filmed from the perspective of the poor bastards rather than them actually holding the camera. What begins as a dangerous but rather innocent trip into the radiated landscape turns deadly quick as they soon discover that there is more than just wildlife living there. After being attacked and one of their party is left dead, the remaining members of the group determine they must leave or get attacked again. As they start to leave, something is pursuing them, picking off their group one at a time. But they haven’t had the worst as the population of the worst nuclear disaster on record haven’t all been removed from the area and are hunting anyone or anything that comes there.

CHERNOBYL DIARIES isn’t a great horror movie. There are too many unrevealed creatures or scenes where we don’t get the whole picture which actually hurt a film such as this (and work well in other found footage films). Also, it is predictable as you can kinda guess what is going to be happening from the beginning all the way until the bitter end. Still, it is a well produced and well acted film as you can tell they spent a decent budget on it.  Some interesting but unspectacular special features include an advertisement for Yuri’s Extreme Tours, an alternate ending which while isn’t very good at least is kinda cool to have (the art of creating an alternate ending has sort of falling by the wayside and I for one wish it makes a comeback just to see what could have been) and a “conspiracy” video about Chernobyl and what they are hiding and possible rumors of secret experiments. A good Netflix rental or stream for sure. 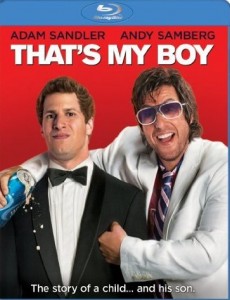 THAT’S MY BOY – Well, it is an Adam Sandler movie. So you can pretty much guess what is going to happen. A bad father. A son trying to forget his past. The two don’t like each other but along the way come together once they learn the true meaning of family. Yep, just like pretty much every other Sandler film that has been made in the past decade. Of course, along the way we get a lot of gross out moments, some just stupid behavior, lame one-liners and the typical Sandler characters all getting play. That said, there are some amusing moments here and obviously going in you are going to know just what you are in store for. If you are a fan of Sandler’s work, you will enjoy it. If you hate everything he has done in the past decade, avoid at all costs because this is just another film in his belt. 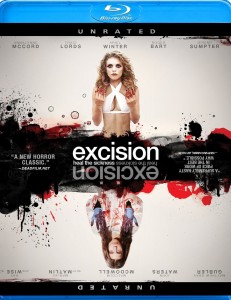 EXCISION – Remember when they relaunched 90210 and it had a whole slew of hotties on it? One of the hotties went on to become a sex symbol in AnnaLynne McCord. Well, you will never even recognize her in EXCISION – billed as a unique coming of age movie. Pauline (McCord) is a troubled ugly duckling that longs to be popular but she’s awkward, pimply-faced and has a strange fascination with dead bodies and blood. Each night she dreams of herself as someone else, someone beautiful but someone that loves to crawl seductively over mutilated bodies and bathes in blood. McCord is pretty awesome in this. She really gives the character her all in transforming virtually everything that made her a sex bomb. While not really a horror film (until the end), it does have some disturbing images that almost seem out of place in a lot of ways considering most of the film is about Pauline doing bad things and the family that hates her (except for her sister as they share an interesting bond). 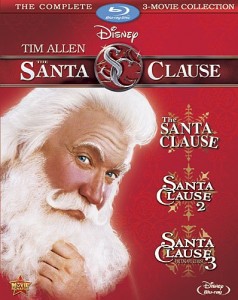 THE SANTA CLAUSE 3-MOVIE COLLECTION – How you feel about Tim Allen will probably determine whether or not you enjoy his shtick as the unlikely replacement for jolly ole nick. Of course, the original film has Allen accidently killing Santa and as a consequence becomes the fabled giver of toys despite not wanting the job. The second film has Allen being forced to get married as a result of his Clause in the contract that he didn’t want. Hilarity ensues. The third film is not surprising the weakest as Santa must fight Jack Frost and deal with in-laws. The collection is being offered up for $50 bucks but you can probably get it for cheaper at many online retailers. 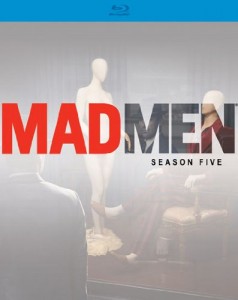 MAD MEN: SEASON FIVE – Mmmm Christina Hendricks. Reason enough to watch MAD MEN. However, there are a slew of other reasons including the great drama and great costumes that the show features. If you aren’t familiar with the show, it follows a group of advertising executives in the 1960s that look to score the biggest deals with the largest companies. This season continues to focus on Don Draper (John Hamm) and his relationship with Megan as well as his disastrous former marriage and the repercussions all of this is having on his job. Peggy finds romance while still trying to battle the sexes as she inches up the food chain in the ad agency. And there’s Joan (Hendricks), who brings life to every scene as she has to make some hard choices regarding her marriage and work life. While not as strong as some of the other seasons, fans will still want to watch or catch up on what they missed in time for the next season. 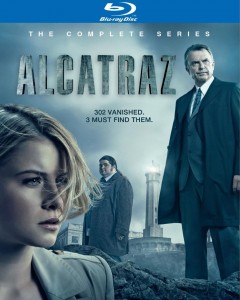 ALCATRAZ: THE COMPLETE SERIES – As I wrote most of the reviews for this show during its run on Fox for AssignmentX, I am very familiar with the show and why it didn’t get a second season. Mostly, the show dealt with a secret group tracking down inmates from the infamous prison Alcatraz that for some reason all vanished and started reappearing in modern times to do bad things. Unfortunately, much of the series got bogged down with capturing the inmate of the week without any real ties to the main mythology of the show. So instead of actually getting anywhere with the show, it treaded water in just delivering bad episode after bad episode with Sam Neill’s character doing outrageous things constantly. It had a lot of promise but it just failed to deliver in the end. Here it is in all its glory for those that missed it to check out. One good thing was Sarah Jones who was always super hot in the show. 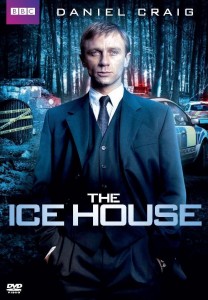 THE ICE HOUSE – Before he was James Bond, Daniel Craig starred in this adaptation of Minette Walter’s crime novels. Years ago, David Maybury disappeared. He wasn’t the nicest of men and treated his wife terribly. Now, his naked corpse was found in an icehouse and two inspectors now race to find out if he was murdered and if so, who did the deed. This is the first time the show has been offered on DVD in the U.S. after a successful run in the U.K. THE ICE HOUSE is a dark look into human nature and keeps you guessing with nice twists and suspense until the end is revealed. Worth checking out for those that enjoy good stuff from overseas.