Breaking News: Yes, STAR TREK 2 will be in 3D, but post-converted according to J.J. Abrams 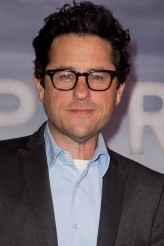 Breaking News: Yes, STAR TREK 2 will be in 3D, but post-converted according to J.J. Abrams

As J.J. Abrams fears up to direct STAR TREK 2, rumors of characters and plots have been bubbling to the surface, yet there is one thing that is concrete – the movie will be in 3D.

“The studio wanted to do [3D] and I didn’t want to,” says Abrams. “When I saw parts of the first movie converted though, I thought, ‘it’s okay with them doing it, as long as I could shoot the movie I wanted to in anamorphic film and then let them convert it for those who want to see it in 3D, which looked really cool, and those that want to see it in 2D can see it too.”