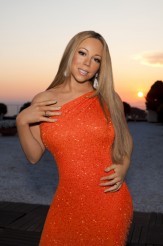 She currently is the only confirmed judge for Season 12, as Jennifer Lopez is officially out 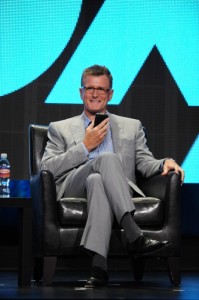 One of the biggest surprises to come out of the Fox Summer TCA Press Tour was the announcement by Kevin Reilly, President of Fox Entertainment, that superstar singer Mariah Carey will be joining the judging panel on AMERICAN IDOL when it returns for Season 12 in January.

“With all the speculation around show, I can’t confirm anything except for one thing which is we do in fact have one judge whose deal has closed very, very recently,” says Reilly. “She’s the biggest recording artist any of these show have had. She’s an artist many contestants have tried to emulate and tried to hit her notes.”

After that statement, Reilly confirmed it was indeed Carey and got her on the phone and she spoke briefly to the press via speakerphone.

“I’m so excited to be joining IDOL,” says Carey. “First of all, wanted to be there today and wish I could have been there to tell you – it all just happened so quickly and I can’t wait to get started in a couple of months.”

As for other changes to IDOL, Reilly is tight-lipped, but says that the exit of judges of Steven Tyler and Jennifer Lope (yes, she’s officially gone) was mutual.

“Not being the only game in town, we had to keep things fresh,” says Reilly. “We had a dialogue with every one on the bench. And it was a mutual decision with Steven and Jennifer. Both decided is was time for a change. Once again, we have the biggest names in the business interested in doing this job. Now it’s a matter of picking the right one, who has the right chemistry and finalizing the deal.”