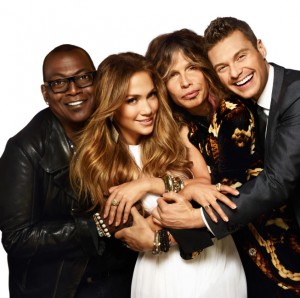 Early in the day at Fox’s 2012 Summer TCA Press Tour, AMERICAN IDOL producer Nigel Lythgoe spoke about the judge turnover on the show with Steven Tyler out and Jennifer Lopez saying he hoped Lopez would stay.

Two hours later and that 99% turned into 100% confirmation from Fox Entertainment President Kevin Reilly as Mariah Carey was now officially in.

“I think I can say it’s 100 percent Jennifer won’t be back to the show,” confirms Reilly. “No one was slamming doors. We were waiting to move on because the dialogue had been unfolding.”