Home » Blu-ray and DVD picks of the week including THE TWILIGHT SAGA: BREAKING DAWN PART 1 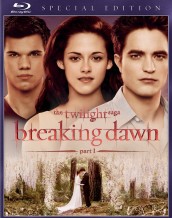 Blu-ray and DVD picks of the week including THE TWILIGHT SAGA: BREAKING DAWN PART 1

Also worth checking out: LADY AND THE TRAMP: DIAMOND EDITION, GEEK CHARMING and more 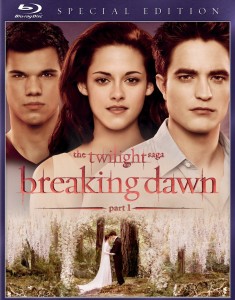 TWILIGHT SAGA: BREAKING DAWN PART 1 – I always laugh when a new one of these tween vampire love fests gets released because all I can ever picture is the meme about Kristen Stewart’s range of emotions. Or the multiple memes about how even rainbows are not as gay as TWILIGHT. Of course, anyone that enjoys these films is going to be buying it regardless of whatever I say here and the hype machine about these films is so great that if ever single critic were to pan it, they would still make money hand over fist. Needless to say, this isn’t a franchise that I have enjoyed or even get the reason why people are so fascinated by, but no one can deny the power of the franchise and the people who enjoy watching movies and reading the books. There probably isn’t a greater franchise that polarizes people either on one side of the fence or the other, meaning you either love it or hate it. But here it is ready to make untold millions on DVD and Blu-ray and regardless of how much anyone bitches or moans about it, it shall be done. 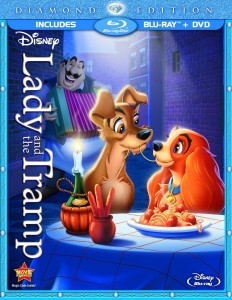 LADY AND THE TRAMP: DIAMOND EDITION – The Disney classic is once again unlocked from the depths of the vault and offered to the masses. This time, however, in stunning high definition. The story of course brings two dogs from different backgrounds – one is a pampered beauty, the other a mutt that loves life. They come together in one of the greatest romances Disney has ever produced. The thing that really sets this apart from some of the other Disney joints is the great animation and on Blu-ray it looks that much better. It is a tale that the youngest child and parent will enjoy the same. The new release includes a host of new special features including deleted songs and making ofs not offered in previous versions. 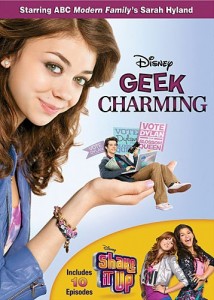 GEEK CHARMING – While Disney is busy rolling out the old animated films from its vault, it is also producing new live action content all the time. This movie aired on the Disney Channel about a geek getting a chance with the popular chick at a school academy once fate delivers him a way to get into her life. Of course, the geek in question falls for the girl and his documentary about her popularity turns into his quest to show her for how she really is to the world, whether she likes it or not.