Home » Blu-ray and DVD picks of the week including CONTAGION 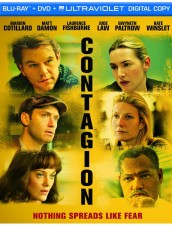 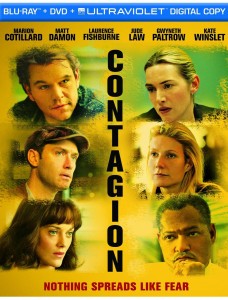 CONTAGION – Call the OUTBREAK of the modern era but with a crapload more depressing situations that come along with what would happen if a devastating pandemic sweeps the globe and wipes out a considerable amount of the population. Told in a format similar to other films with a large cast – more like short stories all interwoven – it has star power galore with Jude Law, Matt Damon, Gwyneth Paltrow, Lawrence Fishburne, Kate Winslet and many more. It has some pretty brutal moments when people meet their end or along the way to meeting their end and it isn’t a film that will have you cheering and feeling good at the end, but given something like this could and may happen at some point – scary stuff. 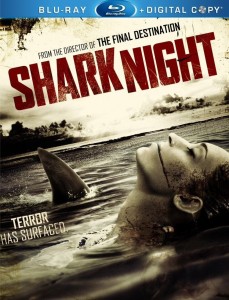 SHARK NIGHT – I find it interesting that this was offered up in 3-D in theaters but not on Blu-ray. Why not? People with 3-D players are clamoring for content and this would be a sure-fire hit I would think. Maybe they will release it later but it would make sense for them to do it right away. Regardless, this tanked at the box office as a milquetoast type of film similar to PIRANHA but it actually isn’t that bad at all. Surprisingly, from the dude that did THE FINAL DESTINATION there is a severe lack of gore with only a few scenes here or there, but still again not bad. I guess it is just seeing a bunch of good looking people getting eaten by crazed sharks is just plain fun. So, leave your brain at the door and just come for the deaths. 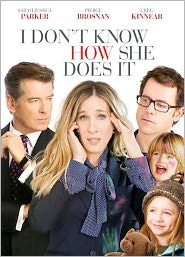 I DON’T KNOW HOW SHE DOES IT – Sarah Jessica Parker walks into a bar, bartender says “Why the long face?” Parker stars as a working wife whose ideal job makes matters worse at home and along the way we get a host of stale humor and workplace stereotypes. While it tries to be funny and there are some moments where you chuckle at some of the situations but mostly this is a forgettable film with a good cast that is mostly wasted. 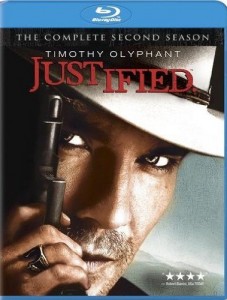 JUSTIFIED: THE COMPLETE SECOND SEASON – The really good FX series returns to DVD and Blu-ray for the second time just in time for the third season debuting on the cable network. In the second season, U.S. Marshall Raylan Givens (Timothy Olyphant) gets back to doing what he does best, taking down criminal forces and this time the stakes are even greater and the bad guys are even worse than the first season, which is hard to believe. This type of good TV goes to show that cable is producing some of the best shows on television right now and many times much better than anything going on the networks – mostly because they can get away with doing stuff that they can’t on regular television. Maybe the networks should take note. 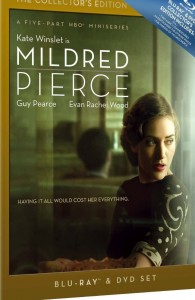 MILDRED PIERCE: THE COLLECTOR’S EDITION – The 5-part miniseries that originally aired on HBO comes to Blu-ray and DVD for the first time. Adapted from the James M. Cain novel, it is a story of a single mother in the Depression trying to meet the expectations of her eldest daughter. With a strong back and a good work ethic, Mildred sets off to make something of herself while her daughter does everything she can to usurp her. The Collector’s Edition includes both the DVD and Blu-ray version as well as a host of special features.

ROYAL PAINS: SEASON THREE: VOLUME ONE – The USA series about doctors that make house calls on the whims of the rich is returning for the second part of season three but here you can get the first half of the season right now. Not a fan of the split series because it makes consumers buy twice and usually costs more than what a full season would cost. But if you are fan I guess this might be something to get.