©2012 A.M.P.A.S.
Producer Thomas Langmann accepts the award for Best Picture for THE ARTIST at the 84th Annual Academy Awards
News

And the Oscar winners for The 84th Annual Academy Awards are … 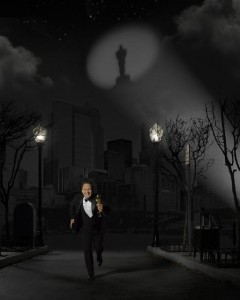 While the 85th Annual Academy Awards was short of surprises (or for that matter an truly engaging telecast), it did have Billy Crystal returning as host for the ninth time). Although he played it safe, and came dangerously close to crossing the line at others, he still provided a polished sheen that kept the proceedings afloat.

Should he have been funnier? Probably. Was he better than James Franco and Anne Hathaway last year? Definitely, yes.

However, the Oscars are really about the winners, so without further ado, here is the master list of who got what including the slam dunk by THE ARTIST for coming out of nowhere in the last two months to take home the big prize. 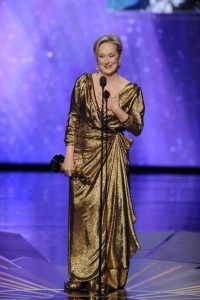 Meryl Streep accepts her award for Best Actress for THE IRON LADY at the 84th Annual Academy Awards | ©2012 A.M.P.A.S.