Who will live and who will die once Klaus is done? 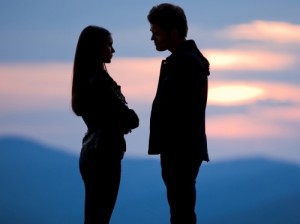 The latest episode of THE VAMPIRE DIARIES has such a CRASH, BOOM, BANG ending I was blown away with the amount of danger they could put almost every character in.

“The Last Day” doesn’t even bother with getting up a head of steam as it races the series and the characters towards the inevitable confrontation with Klauss (Joseph Morgan) the half-vampire half-werewolf original “un-killable” bad guy.

The episode kicks right off with Elijah (Daniel Gillies) explaining to Elena (Nina Dobrev) and Stefan (Paul Wesley) that he procured a magic elixir way back in the day for Katherine (Nina Dobrev) so that she would return to life after she was killed by Klaus during the ritual. Obviously Katherine didn’t take that road and here’s the fine mess we sit in today, but the elixir offers Elena a way to survive the ritual.

Damon (Ian Somerhalder) on the other hand doesn’t want to take chances and force feeds Elena a lot of his blood, so that if she dies during the ritual she will return as a vampire. Not the best way to make points with the girl you love. I get why Damon did it, but he was forced into being a vamp, so you would think he would stop for a second to consider not doing it to someone else.

Tyler Lockwood (Michael Trevino) the werewolf is tricked into coming back to Mystic Falls and trotting behind him is my favorite Winnebago camping wolf-chick, Jules (Michaela McManus). I was pleased to see Jules in this episode for the single reason that she is Klaus’ back-up sacrifice for his ritual. I’ve never been a fan of the white-trash wolves and she has had this coming out the door for some time.

Tyler and Caroline (Candice Accola) get nabbed by Klaus’ witches, and they seem to be the intended sacrifice for the ritual, but I think they were the red-herring. In saving them, Matt (Zach Roerig) reveals that he remembers (which the subplot with the sheriff is probably going to blow up at exactly the WRONG time) and Damon gets bitten by Tyler as a partially transformed wolf.

Elena and Stefan have a really great day by the gorgeous Mystic Falls themselves, and then she surrenders herself to Klaus. When she gets to the site of the ritual she is greeted by the big shocker of the episode, the body of Jenna (Sarah Canning) who then quickly comes back from the dead as a vampire. So guess what vamp they are planning to kill off?!

So many amazing twists and turns – this is one of my favorite episodes of the series to date!