Home » TRUE BLOOD: THE COMPLETE THIRD SEASON is one of the Blu-ray and DVD picks this week 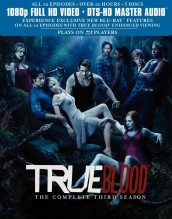 TRUE BLOOD: THE COMPLETE THIRD SEASON is one of the Blu-ray and DVD picks this week 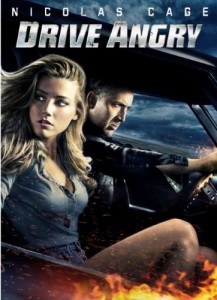 DRIVE ANGRY – While not for the intellectual types that think everything must hinge on reality and have a definitive concrete storyline, DRIVE ANGRY is actually quite fun and Nicolas Cage is at his crazy best as a dude that escapes hell in order to save his grandchild from a slew of devil worshipers. Along the way, he picks up a kick ass waitress (played by über hot Amber Heard) that gets wrapped up in his plot to get her back and get revenge for killing his daughter. The film was originally filmed in 3-D and you can tell as many of the sequences throw objects or hands or whatever right in your face. It is a bit odd at first but you get used to it. The film is also offered in 3-D for those that have the right equipment and want to experience it as it was in the theater. Oh, and definitely the star of the film is William Fichtner as an agent of hell sent to Earth to retrieve Cage’s character. He has some of the best lines in the film and always does something unpredictable. Definitely worth checking out on Netflix. 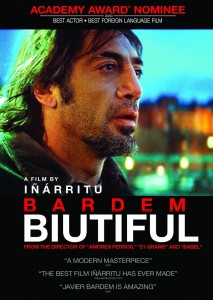 BIUTIFUL – The Academy Award nominated foreign film comes home to both DVD and Blu-ray starring Javier Bardem as a man trying to support his family but doing so on the wrong side of the law. The film is interesting as it definitely isn’t a joyful picture as Bardem’s character is diagnosed with cancer and he desperately tries to make his final moments on Earth something that he can leave to his children so they can have a better life. 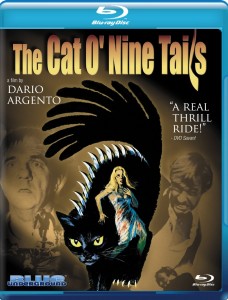 CAT O’ NINE TAILS – Another cool release from Blue Underground converting a classic Dario Argento film to Blu-ray. Of course, it is a story about a series of brutal murders that take place and a reporter that is looking into the clues in order to help the police solve it. Combined with a blind puzzle maker they find a number of clues (nine to be exact) and a series of dark sexual secrets that lead to the killer’s whereabouts. While Argento gets much (and due) props for some of his other work such as SUSPERIA, DEEP RED and INFERNO, this is one of the surprising under-appreciated films that captures his directing prowess and is an above-average thriller with an above-average plot. The extras include some of the classic stuff that as well as an interview with Argento.

SAVAGE COUNTY – Apparently this slasher/hillbilly chop up was aired on MTV at some point but on DVD you get the full brutal feel of the film – which while is good at some times, still has the feeling of a made-for-MTV feel as the deaths are not nearly as brutal as they should be and the plot is hackneyed and not at all clever. Plus, the characters are either completely unlikable or you can’t make heads or tails of who they are. And there’s some chick that talks to a bunch of people online and does so the entire movie only to be killed like in an instant in a very anticlimactic way. If you need your horror fix, check it out, otherwise pass. 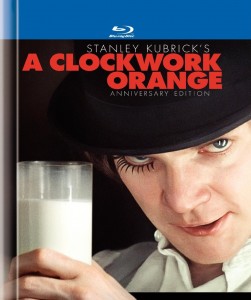 A CLOCKWORK ORANGE: 40TH ANNIVERSARY EDITION – The Stanley Kubrick classic of a twisted future where evil dudes aren’t locked up but brainwashed into becoming a proper citizen makes its Blu-ray debut with a new high definition remastering of the film. The 40th Anniversary Edition includes two new bonus features: “Turning Like Clockwork” a 25 minute documentary on the film’s violence and how it shocked back in the day and the cultural impact of the film and a short documentary where Malcolm McDowell reflects on the film and Kubrick. It also includes the vintage features from the other DVD releases. 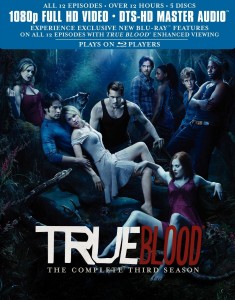 TRUE BLOOD: THE COMPLETE THIRD SEASON – Gotta hand it to HBO with its marketing muscle and proliferation in social media, it has created a giant of a program that has most of the fans waiting on baited breath for the fourth season to debut – in mid June. But the show continues to gain in viewership and the DVDs are among the hottest sellers every year so they are doing something right. The third season introduces a new clan of vampires from Mississippi that want both Sookie (Anna Paquin) and Bill (Stephen Moyer) for different reason while we also get our first taste of what the werewolves are all about in this season. As with previous season, there is a host of cool stuff on the special features including interviews with the cast, featurettes on the making of the season and on Blu-ray you have the ability to flash forward or flash back and get either the history behind a certain scene or see what is coming ahead. A very cool feature and something more shows should do.

PSYCH: THE COMPLETE FIFTH SEASON – The USA Network’s series about police consultants posing as phony psychic’s returns for its fifth offering on DVD this time with the investigations getting tougher and the team having to work extra hard to earn a living. Along the way they help a kidnapped victim, a possible alien abduction and infiltrate a street-racing gang.