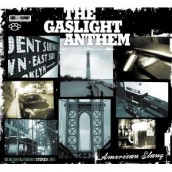 The X List: Assignment X’s Best of 2010 – Albums and Singles

Daft Punk – TRON: LEGACY soundtrack
There were some great soundtracks this year, but damn, these techno boys created the best John Carpenter/Alan Howarth score that the never wrote. The movie may be polarizing, but this soundtrack will make you appreciate being a user.

Frightened Rabbit – THE WINTER OF MIXED DRINKS
A wonderful, alternative rock find. A group whose music seeps with angst and emotion, while not sounding mainstream. This is everything Arcade Fire’s THE SUBURBS album should have been.

Gaslight Anthem – AMERICAN SLANG
A Jersey band with a heavy Boss influence, this is a near-perfect album of alternative thumping rock with great hooks and some of the band’s best lyrics to date. Infectious and addicting.

Goo Goo Dolls – SOMETHING FROM THE REST OF US
This band still has the goods. Twenty years after shedding their punk roots, the band still produces some of the most engaging mainstream rock-pop around.

JP and Chrissie and The Fairground Boys – FIDELITY!
Weirdly, better than The Pretenders last disc, Chrissie Hynde partners up with Welsh singer JP Jones (whose half her age) and sound totally reinvigorated. There was nothing quite like this last year, and it stands as some of Hynde’s finest work in years.

Kings of Leon – COME AROUND SUNDOWN
Only one clunker song in an otherwise perfect album showcasing the Followill clan at their most eccentric, yet most consistent. One great song segues into another, with highlights being the ‘50s rock influenced “Mary,” “Fuse” and “Radioactive.”

My Chemical Romance – DANGER DAYS: THE TRUE LIVES OF THE FABULOUS KILLJOYS
This was one of those late additions to my record player in the latter part of 2010. Wasn’t sure the band could top THE BLACK PARADE, but the deliver on all fronts with a conceptual album that feels like and sounds like a post-apocalyptic 1970’s Roger Corman exploitation film coming the musical life. There’s some punk, rock and a little Bowie thrown into the mix and it’s ALL good.

Katy Perry – TEENAGE DREAM
As much as I wanted to write of Perry (along with Lady Gaga), the singer-songwriter’s sophomore album proves she’s the real deal. She writes addictive songs and matures on a disc that continues to reveal new layers. “Teenage Dream” is perhaps the best single of the year, and “California Gurls” isn’t too shabby either.

Bruce Springsteen – THE PROMISE
Two-discs of 1978 era Springsteen outtakes that sound as fresh as the day they were recorded. This is incredible stuff, channeling girl groups, Buddy Holly and Elvis, but all in the Boss’s unmistakable style. One of the 1978’s and 2010’s best.

Okay, so most of these songs were not formally released as singles, but are available ala carte on Amazon or iTunes. Check them out. You won’t be sorry.

“Dream City” – Free Energy
The song springs from the stereo with a power pop urgency and don’t let you go. Love the vibe, the song will be on a continuous loop for days.

“Crushed” – Roland Gift
The former Fine Young Cannibals frontman revives his soulful crooning on this stellar track that hints at where the Cannibals would have gone if they hadn’t broken up. Can’t wait for the full disc.

“Something Good Comin’” – Tom Petty and the Heartbreakers
Their blues-infused album MOJO is pretty solid, but this touching ballad ranks up their with the best of Petty – great production, excellent lyrics, pure Petty.

“Bloodbuzz Ohio” – The National
Goth at its core, this is everything Interpol’s horrible new album should have strived for, but failed miserably.

“Shakespeare” – Miranda Cosgrove
Though her iCARLY show on Nickelodeon is a powerhouse, and her singing career is off to a good start, this track from her solo debut proves she may even have more moxie and depth than Miley Cyrus, Britney Spears and Taylor Swift combined. An addictive song, even if the lyrics that reference Jeff Buckley, may seem a little beyond her range of experience.